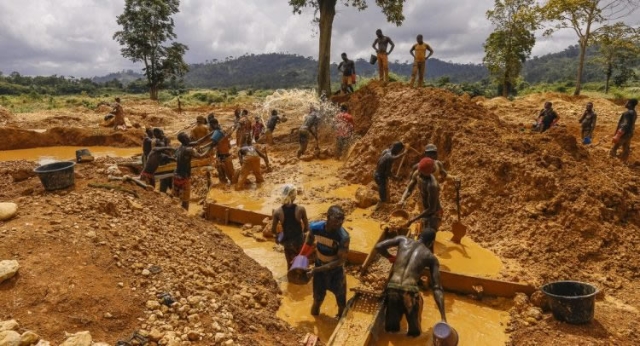 The Inter-Ministerial Committee on Illegal Mining has appealed to the media and stakeholders to step up advocacy against galamsey as the 2020 elections approaches.

Speaking on Newsfile on Saturday, Project Coordinator for the Committee, Dr Naa Dedei Tagoe said since 2020 is an election year, the miners can blackmail the appointees of the government with votes.

This, she said could erode all the gains made in the fight so far, hence the need for the media and other stakeholders to keep the advocacy on.

Dr Tagoe argued that illegal mining is a fight that needs to be sustained adding “the people on the ground need to know that we are serious about it.”

Reports however, say the menace is back after it was quelled months ago due to a joint police-military taskforce, Operation Vanguard and a total ban on small-scale mining altogether.

The ban on small-scale mining has since been lifted.

Meanwhile a former Deputy Finance Minister Mona Quartey, who is currently a Director of Golden Star Resources, has charged the Committee to vividly illustrate to local communities that engaging in illegal mining activities is destroying their communal resources.

Speaking on Newsfile, she said they could even use visuals to show them how their communities would look after the devastating effects of illegal mining hits.

“The people who do the mining would leave and you would be living in hell,” she said.