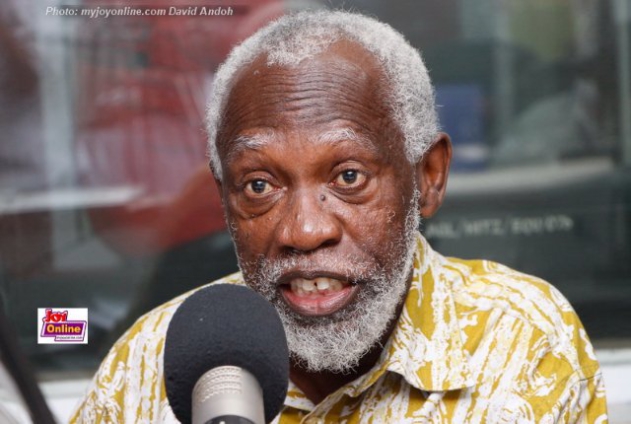 Renowned Ghanaian educationist and economist, Professor Stephen Adei, has stated that the only viable alternative for government to meet the demands by public sector workers for salary increments, is to print money.

According to him, he sympathises with the demands from workers, given the current economic situation in the country.

Speaking in an interview with Raymond Acquah on UpFront on Wednesday, he disclosed that even though the concerns of workers are legitimate, government may have to resort to the printing of money, to meet the demands of the agitated labour force.

“At this moment, the government’s projected expenditure in order for the economy not to collapse, is such that the government has to reduce expenditure by 20%. And already, debt servicing and public sector wage, takes about 95 to 98 percent.

So yes, I have no doubt at all that given the economic circumstances, the price increases, the petroleum prices, workers are having a hard time. But I can’t see how the government can pay any significant increase now, other than printing money”, he stated.

The former Rector of the Ghana Institute of Management and Public Administration, made these remarks while contributing to discussions on the “State of the Ghanaian Worker”.

In that regard, he further intimated that, government must devise well-thought out strategies to address the situation.

In the last couple of days, there have been some agitations on the labour front, with civil servants threatening to lay down their tools, over the failure of government to pay their ‘neutrality allowances’, since the beginning of the year.

This has consequently triggered concerns from other labour unions, regarding their salaries and conditions of service.

According to him, the idea of public servant being paid neutrality allowance is the “most stupid thing he has ever heard in his life”.

In his view, instead of civil servants threatening to lay down their tools over the non-payment of the said allowance, it would have been proper if they simply embarked on a demand for increased salaries, due to the current economic situation.

Professor Adei added that back in the day, such civil servants would have been dismissed for tabling such concerns in the form of neutrality allowances. He also criticised government for promising to pay such allowances in the first place; stating that, based on his vast years of experience in the public sector, the move is a wrong one.

In expressing his reservations, he continued that such civil servants who state such demands as a condition for working, should be outrightly dismissed from the civil service and be asked to reapply or stay home.

Meanwhile, the General Secretary of the Health Services Workers Union, Franklin Owusu Ansah, has expressed his displeasure with the state of Ghanaian workers across the country, in recent times.

According to him, “the Ghanaian worker is not happy today”; especially health workers.

Speaking in an interview with Raymond Acquah on UpFront on Wednesday, he explained that, the widespread unhappiness and dissatisfaction amongst Ghanaian workers, is tied to the current challenges in the economy.

“The salaries of our working force is very low. It is not low because we are unable to negotiate better salaries. But it is low because of the circumstances in which we find ourselves. Unfortunately, last year was a bad year for labour because, what we did negotiate was not good at all.

We negotiated for 4% for last year, and 7% for this year. Unfortunately, recent happenings in the economy, especially inflation, which nobody anticipated was going to go this high, has come to erode all the good things that the Ghanaian had”, he stated.

He added that, looking at the cost of transportation alone, it is obvious that the Ghanaian worker is feeling the brunt of the harsh economic conditions in the country.

Mr. Owusu Ansah also made these comments while contributing to discussions on the ‘State of the Ghanaian Worker’, on UpFront on Wednesday.