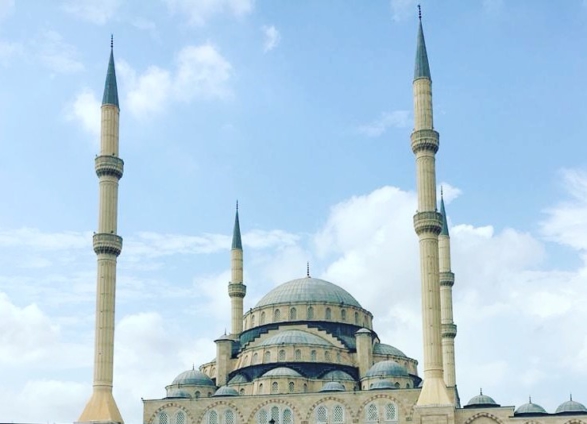 The Coalition of Muslim Organisations, Ghana, has refuted claims suggesting that the Government of Ghana spent state resources on the construction of the National Mosque at Kanda.

In a statement on Monday, June 13, the Coalition categorically denied the claims which they said were made by the Chief Executive Officer of the National Cathedral, Dr. Paul Opoku-Mensah, during an interview on GTV on Sunday, June 12.

“We, the Coalition of Muslim Organizations, Ghana (COMOG), on behalf of all Muslims organizations in Ghana wish to state unequivocally, and without any fear or favour that, not a single pesewa from the state by any political regime was contributed to the construction of the Kanda National Mosque.

“As a Muslim Organization with the mandate to protect the image and sanctity of Islam and the reputation of the Ummah in Ghana, we can’t tolerate such a deliberate falsehood by a high profile appointee of Dr. Opoku-Mensah’s stature when indeed, the facts do not support his claim”, portions of the statement read.

The Coalition continued; that, “contrary to his statement, we Muslims have rather been shortchanged in the matter of our Accra Central Mosque which was pulled down by the state, only for Government to compensate us with a bare land for that loss. Our magnanimity towards the state and our commitment to peaceful coexistence must not be misconstrued by some people to be a weakness”.

Having expressed their reservations, the Coalition called on the CEO of the National Cathedral to apologise for his comments.

“We therefore, by this statement wish to call on Dr. Paul Opoku-Mensah to come out and retract that deliberate falsehood and apologise to the entire Muslim Ummah Ghana. We also demand that, this rejoinder be read in the next edition of GTV Talking Point program, to correct the falsehood”, the statement concluded.

Meanwhile, founder of the International Central Gospel Church (ICGC), Dr Mensa Otabil, is reported to have stopped attending meetings of the National Cathedral Board of Trustees.

This revelation is according to the Ranking Member on Parliament’s Foreign Affairs Committee, Samuel Okudzeto Ablakwa.

Speaking on JoyNews’ The Probe on Sunday, Mr Ablakwa asserted that the desertion by the theologian is due to the illegality being perpetrated by the Akufo-Addo government with respect to the project.

For the past one week, the MP has accused government of siphoning public funds to facilitate a project it propagated as a personal and private pledge.

So far, the North Tongu MP has put out documents showing that an amount to the tune of GHS 200 million has been dished out for the construction of the project.

“When you go through the list of Board of Trustees, this gentleman [Dr Paul Opoku Mensah] who has been listed here as the Executive Director of the Secretariat, a Secretariat presented as a private entity, has also been listed as a Presidential staffer and his position there is, Overseer of the National Cathedral.

This among other circumstances, the North Tongu MP has described as illegal and unacceptable.

“It is wrong and it is against our Public Financial Management Laws”, he stressed.

He further noted that the opaqueness surrounding the ongoing project is mind-blowing.

“Government’s conduct lacks transparency and humility and the heights of lawlessness. I am deeply worried that these imminent priests who have collectively united this nation have been put together by President [Akufo-Addo] and is engaging in this lawlessness”, he stressed.

Considering this, Mr Ablakwa said it is time for government to come clean on the position of the project.

“You don’t build a National Cathedral based on lies and deception”, he stated.