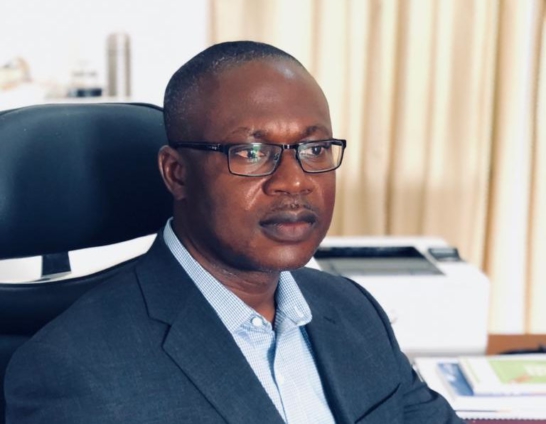 An Economist at the Institute of Statistical, Social and Economic Research (ISSER), Professor Charles Ackah, says calls for more expenditure cuts are not the answer to Ghana’s economic downturn.

Going against the grain, he said government rather needs to spend more by increasing its expenditure and pursuing sustainable development goals in order to regain the confidence of Ghanaians and spur growth.

He noted that if indeed austerity was the answer, Ghana would not have been in this dire economic situation considering how successive governments have been particularly thrifty with expenditure.

“And I don’t think that is it because the evidence doesn’t support that. If you look at Ghana’s expenditure over the last 60 years, we’re not spending enough as the government expenditure is moving just around 10% of GDP.

“Look at Sub-Saharan Africa, they’re spending more than in Ghana. If you look at Japan, they’re spending about 25%, if you look at Malaysia, German, you will see that Ghana’s government is actually thrift. We’re too austere, we have not been able to spend enough in infrastructure, in social expenditure, and that is not something that we need to reduce.”

According to Prof. Ackah, successive governments have failed to adequately invest in grants and subsidies especially in comparison with other countries, thus, inadvertently thwarting development and making life difficult for Ghanaians.

He noted that these austerities have affected business growth, resulting in low revenues from taxes.

He explained, “Look at subsidies, the amount of money that government sends in terms of grants and subsidies to fertilizer to farmers, to LEAP and social benefits. In 2000 we were spending just about 3% of our GDP or of our total expenditure, now it’s gone to just about 20%. Malaysia is spending about 50%, look at Belgium, look at all these countries, so which means that government actually is austere.

“We have been too hard on ourselves. So in times like these, I think what we need to do, if the government is struggling, it’s a manifestation of a general suffering of businesses and households so the government cannot be too constrained by resources.

“So if government says that we don’t have money, it means that on average unemployed people, the civil servants, the business sector, they’re also always struggling and therefore it’s going to affect tax revenue and the aggregate demand is going down that’s why we’re revising our GDP down because we’re in a recession and it’s going to continue.”

The Economist suggested that the only way to get out of this quagmire was for the government to focus within and build local confidence.

“The Ghanaians must not be hopeless and lose confidence in their government. That can lead to Arab Spring and lead to those kind of social unrest. So I think that government must focus within first and build the confidence,” he said.

He added that with exports experiencing some boost due to the devaluation and depreciation of the cedi it is now possible to restructure the country’s debts to service the interest payments in the short to medium term at least for the next 12 months.

“If that is the case, then I think what government needs to do now is to begin to solve the structural difficulties that will increase aggregate demand instead of actually cutting down expenditure. Government needs to spend more. They need to spend more to support Ghana like they did during Covid, we don’t need to only wait for emergencies to spend.

“We need government expenditure to spur the economy and to spur confidence and to critically reduce productivity into the system so that we can raise our GDP from the current 590billion to about a trillion so that Ghana can become rich.

“And once the GDP grows the debt level to GDP ratio just falls because no matter how much we borrow, if the GDP is growing about 10% per annum the ratio doesn’t matter again,” he added.