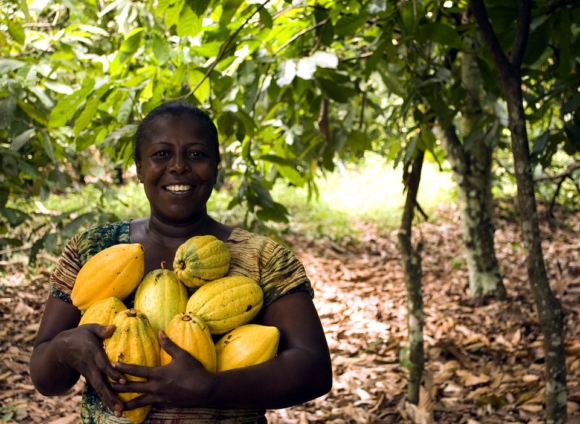 This is lower compared to Ivory Coast which pegged its price at about ¢858 for the same season.

Until the announcement, a bag of cocoa was selling for ¢660 a bag in Ghana.

The new pricing regime will take effect from Friday October 7, 2022 .

Speaking at a press briefing, Minister for Agriculture, Dr. Owusu Afriyie Akoto said the cedi depreciation against the dollar prevented government from increasing the figure beyond 21%.

“We are all aware of the depreciation of the cedi this year. This means government will have to take some cut,” he said.

Dr. Akoto said the 21% rise in the producer price of cocoa is a testament to government’s resolve to ensure farmers earn a decent income and make cocoa farming lucrative.

He stressed that government will continue to implement initiatives to build a robust, resilient and sustainable cocoa industry where cocoa farmers and their communities will thrive.

“To ensure a decent standard of living for Ghanaian cocoa farmers after retirement, government will from November 2022 move from the pilot phase to the implementation phase of the Cocoa Farmer’s pension scheme. The scheme remains an unprecedented achievement under President Akufo-Addo”.

Other rates
Touching on other rates, Dr. Akoto disclosed that the Producer Price Review Committee (PPRC) also approved the rates and fees for all other stakeholders in the supply chain.

“These include the buyers’ margin, hauliers’ rate, warehousing and internal marketing costs, as well as, fees for disinfestation, grading and sealing and scale inspection,” he announced.

Dr. Akoto assured that government will continue to support cocoa farmers through the pests and diseases control programme and rehabilitation of diseased cocoa farms.

He stated that government will also assist cocoa farmers by making the requisite inputs such as fertilizers available for farmers to buy to increase farm productivity.

“Government is committed to continuing to supply certified planting materials that are drought tolerant, early bearing and high-yielding,” he said.

DISCLAIMER: The Views, Comments, Opinions, Contributions and Statements made by Readers and Contributors on this platform do not necessarily represent the views or policy of Multimedia Group Limited.
Tags:
Cocoa
Dr. Owusu Afriyie Akoto