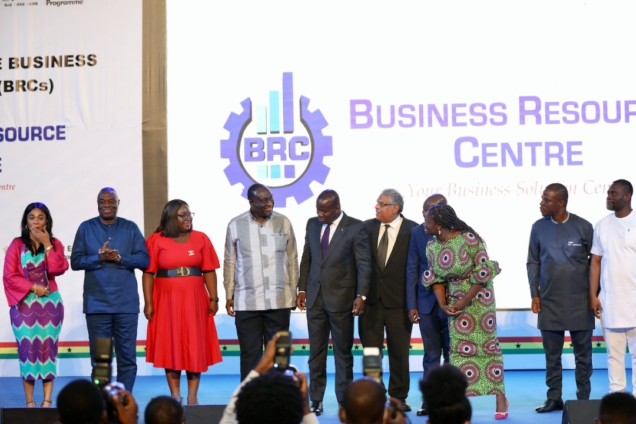 Chief Executive of the Ghana Enterprises Agency, Kosi Yankey Ayeh, has disclosed that about ¢520 million have been invested into the Micro, Small and Medium-scale enterprises sector in the last three years.

According to her, this has been able to elevate some sector players to new levels of their businesses.

Speaking at the launch of the 67 Business Resource Centres in Accra, she said, the interventions in the last few years have led to an increase in employment for entrepreneurs situated within the SMEs.

The BRCs are a one-stop enterprise support centre at the district level designed to provide a broad range of Business Development Services (BDS) to potential and existing entrepreneurs and enterprises. They have been established by the Ministry of Trade and Industry through the Rural Enterprises Programme (REP).

“MSMEs also contribute over 75% of Ghana’s GDP. This year through the effort of the Minister of Trade and Industry, over ¢520 million have been injected into the MSMEs sector with the introduction of many initiatives to support their operations and scale them up” she told the gathering.

The Minister of Trade and Industry, Alan Kyerematen, officially launched the BRCs as a franchise of the Ghana Enterprises Agency, managed and operated under a franchise arrangement.

The occasion was used to sign a Memorandum of Understanding (MOU between GEA as the franchisor and REP, the franchisee to regularize the operations.

The creation of the BRCs was partly supported by the African Development Bank, International Fund for Agricultural Development (IFAD) through the Rural Enterprises Programme.