Government must descend from its high horse and engage in negotiations - Suhuyini - MyJoyOnline.com 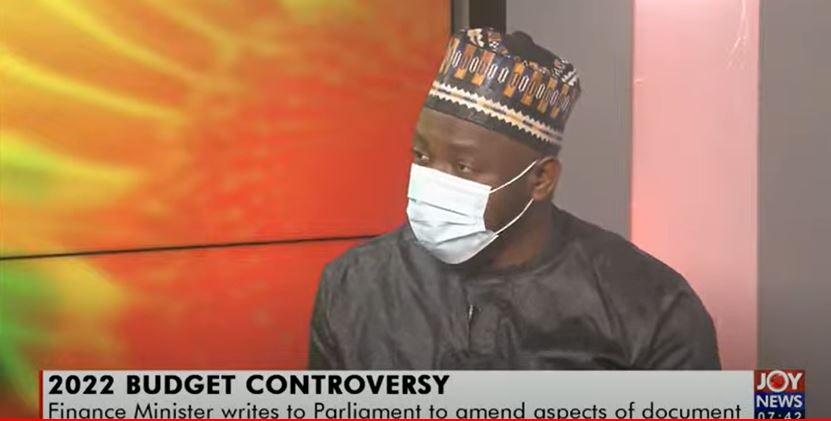 The Tamale North MP, Alhassan Suhuyini, says the Minority Caucus will resist any attempt by the government to forcefully pass the 2022 budget.

In an interview on the AM Show on Tuesday, Mr Suhuyini stated that Ghanaians are not happy with the fiscal policy; hence, the NPP-led administration should endeavour to engage the Minority in proper negotiations.

He said the Majority MPs will face stiff opposition from the NDC MPs if they decide to bulldoze their way through on the budget approval.

Alhassan Suhuyini was reacting to Finance Minister, Ken Ofori-Atta’s letter to the Speaker of Parliament in which modifications have been made to portions of the budget.

“They have conveniently ignored our position consistently and are convinced in their minds that the budget is approved and once you proceed on that, you’re not going to get cooperation from us, the Minority, because we will be speaking from different pages of the book.

According to him, it is inappropriate for the government to be interested in committee meetings when there are issues that need urgent redress.

He further posited that it will be shameful if the House should wait for the Speaker, Alban Bagbin to resume before some crucial decisions can be made.

“Whereas he [Ken Ofori-Atta] consistently refers to the E-levy as the elephant in the room, I will want him to address his mind to a bigger elephant in the room and that is the question of whether the budget has been approved or rejected. That is the step we have to cross before any other engagements on the concessions can be considered.

“So there is a need for them to pipe down on their conviction that a budget has been approved, that’s how we feel as a Minority and that is why I am saying that it is not helping the discussion moving forward. It is for government to climb down from their high horse…and engage appropriately,” he added.

It would be recalled that the Minority Caucus in Parliament stated five conditions under which they would approve the 2022 Budget. Other stakeholders also expressed concern about the e-levy.

But in a press briefing on Monday, the Finance Minister said some of the issues raised by the Minority have been addressed in a letter to the Speaker of Parliament announcing some amendments to the the 2022 fiscal policy.

This includes the review of the Agyapa and Aker Energy Transaction deals.

Meanwhile, an amount of GHS10 million will be allocated to complete Feasibility and Engineering studies for the coastal communities adversely affected by the recent tidal waves, the Finance Minister disclosed.

Group re appears with mats and ...