Government must expand its tax net for corporations – Kofi Apraku 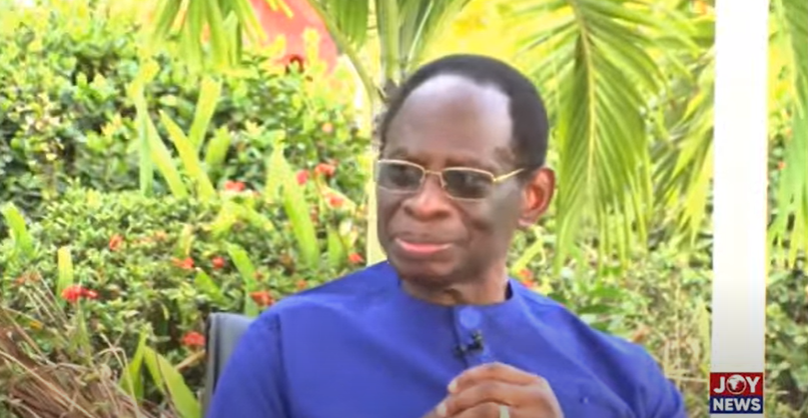 The ECOWAS Commissioner for Macroeconomic Policy, Dr. Kofi Konadu Apraku has urged government to rather look at taxing larger corporations more as against the ordinary folk.

According to him, the larger corporations, which often tend to have a dispensation for evading taxes, have more muscle to take on taxes against the ordinary citizens in the country.

He was speaking concerning the government’s push for the passage of the E-Levy.

“The bottom line is that government should tax businesses to generate resources. The individuals, direct taxes such as this sometimes can be very, very destructive,” he said on PM Express Personality Profile.

He was, however, quick to mention that when taxes also begin to become burdensome for businesses these could also be destructive for the country’s economy.

“Even the business, there’s a basic economic principle that the lesser you tax a business, and government reduces its expenditure the better off it is for the nation because in the final analysis it is the business that can carry the government so higher taxes are not desirable as economic standard, the lower the taxes, the greater the prospect for better growth,” he said

He further expressed his dismay at the guerrilla tactics being employed by the Members of Parliament for both sides to push across their agenda.

He advised that in times like this, when a country’s economy is not doing the best, it was necessary for both sides of the aisle to get over their differences and work together to achieve a common good.

“So I am not – I don’t have the figures but my sense of it is that whatever it is that is being presented it should not degenerate into the level that it has. We are politicians and in the final analysis the people are the ones who give their verdict.

“If it’s as bad as people think it is and NPP insists on it, NPP will pay a big price, and the essence of all of this is that you want to win political power. If NDC, NPP is going to deliver it to you on a silver platter like this why would you fight?” he said.

“My sense of it is that whatever be the case, government must expand its tax net for the corporations , the bigger companies because they are the ones that are powerful and they are the ones all things being equal evade taxes.

“The little ones, they need protection, so whatever mix that you have, the greater burden has to be borne by the private sector; even there we know it’s not good, but if it has to be, our tangent should be more on the private sector than the private individual because we are very poor to begin with,” he added.