Government must stop blowing hot and cold over STX- Dapaah 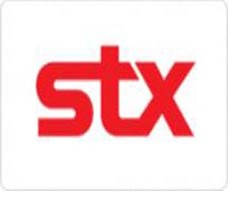 A former Works and Housing Minister under the erstwhile Kufuor administration is asking government to be consistent on issues relating to the controversial STX housing project.

Cecilia Dapaah told Joy News the tottering responses by government officials on the matter are not good enough.

President Mills early last year broke the ground for what was expected to be the biggest housing project which would provide 30,000 housing units to the police service.

Almost a year on, nothing concrete has been done. What is evident, rather, is a protracted legal tussle between partners of the company-STX Ghana- tasked to put up the houses.

President Mills only last month described the wrangling as a big disappointment to government.

His vice, John Mahama hinted of a possible abrogation of the deal with the Korean partners.

According to Cecilia Dapaah, the sector Minister Alban Bagbin has also been singing another tune on the state of the STX project. This she insisted was not good enough.

“We don’t know what the government stand is, as I speak. I believe we Ghanaians demand of our rulers and those in authority to keep us abreast with whatever is going on concerning such massive and serious project.

She said several wise counsel proffered to government prior to the signing of the STX deal fell on deaf ears with the sector minister describing the opposition members as jealous people.

Cecilia Dapaah said the time has come for Ghanaians to be well informed on the state of the project.