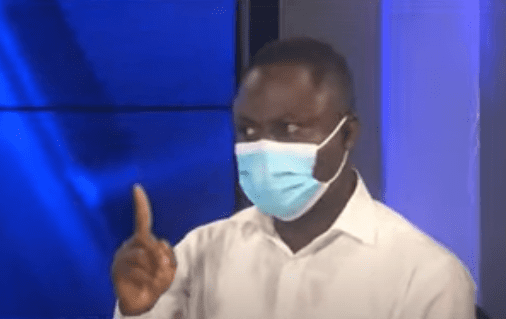 His revelation follows the declaration by the Ghana National Chamber of Pharmacy (GNCoP) to sell drugs only on cash basis.

Speaking on Newsnight, Thursday, Mr. Akandoh lamented the effect of the debt situation on the service providers.

The Ghana National Chamber of Pharmacy (GNCoP) announced earlier that given the current economic challenges the group has decided to provide medicines solely on cash basis.

“All transactions with immediate effect shall be on cash basis until the economy stabilises,” President of the Pharmaceutical Importers and Wholesalers Association, William Adum Addo stated at a press conference on Thursday.

Mr. Akandoh says given the current situation where NHIS funds are even delayed, he cannot disagree with the decision of the Ghana National Chamber of Pharmacy.

“I will not be reasonable if I disagree with the Chamber of Pharmacy because these are all the effects of the deteriorating nature of our economy,” he stated.

The Juaboso MP is worried that the average Ghanaian will rather bear the brunt of the decision by the Pharmacists.

“When the Minister for Finance, those who are supposed to pay the money, when he was sick and down with Covid, you remember he traveled to one of the most expensive hospitals in the world so he will not bear the brunt of this decision, that is where I get worried.”

Meanwhile, the Ghana Medical Association (GMA) has described as worrying, the decision by the Ghana National Chamber of Pharmacy (GNCoP) to sell drugs only on cash basis.

President of the Association, Dr. Frank Serebour said this should be a wake-up call for the government before what he believes could be the start of a collapse of the National Health Insurance Scheme.

“I think that this is a wake-up call to all of us as a country. As Ghana Health Service, as Ministry of Health and as government to look at the rate at which things are depreciating…if we are not careful, this is the beginning of the collapse of the National Health Insurance Scheme and so we need to quickly look at how we could stabilize the economy,” he explained.

DISCLAIMER: The Views, Comments, Opinions, Contributions and Statements made by Readers and Contributors on this platform do not necessarily represent the views or policy of Multimedia Group Limited.
Tags:
Cedi Depreciation
Ghana National Chamber of Pharmacy
Kwabena Mintah Akandoh
NHIS