Government set to borrow GHC25bn through bonds and T bills 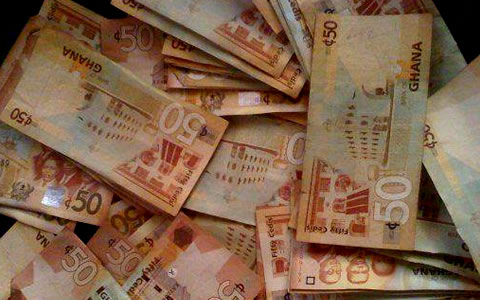 Government will be hoping to raise a little over 25 billion Ghana cedis from July to December. The funds will be secured though the issuance of bonds and treasury bills from investors and commercial banks.

The 25 billion Ghana cedis is similar to the amount raised for the first half of this year.

This should mean that government will be raising about 50 billion Ghana cedis for the whole of 2015.

Sources say the Finance Ministry is hoping to use the funds to pay debts that are maturing and finance certain infrastructure projects outlined in 2015 budget.

A careful look at the issuance calendar for the country’s securities shows that for the month of August, government will be borrowing, 5.3 billion Ghana. However, for some economists, the decision to borrow more locally will indeed affect the public debt, which has hit 90 billion Ghana cedis as at June this year.

Some analysts have maintained that with the government set to raise 1 billion dollars through the issue of the EUROBOND, the country’s debt will indeed hit 100 billion before end of this year.

The move could crowd out private businesses who also want to borrow locally, and possibly hike lending rates in the country, as government is currently paying around 25 percent as interest when it comes to interest on securities issued.

According to the issuance calendar, the 2-year note and the 3-year and 5-year fixed rate bond are all now available to both residents and non-residents.