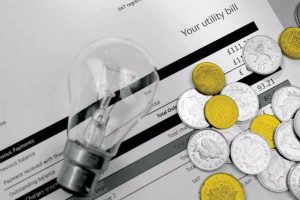 President Akufo-Addo said this is part of government’s effort to mitigate against the effects of the Covid-19 pandemic to cushion ordinary Ghanaians and businesses.

In his 19th televised address to the nation on measures government is taking to deal with the novel coronavirus Sunday, he said a number of measures have been put in place.

“Government has extended the policy of free access to water for all households across the country until December, as well as fully absorbing electricity bills for one million active lifeline customers for the same period.

“The Communication Service Tax has also been reduced from nine per cent to five per cent, effective September 2020,” he said.

In April this year, the president announced three months of free electricity for consumers of a particular category, to make up for lost income following a lockdown in Accra and Kumasi due to the Covid-19 pandemic.

He also announced government’s decision to absorb water bills for all Ghanaians for April, May and June following complaints of lack of portable drinking water in many communities affected by the lockdown.

Presenting the Mid-year budget review, in July, the Finance Minister Ken Ofori-Atta told Parliament that the citizenry will enjoy another three months of free water and electricity supply as government further reduces the burden of the Covid-19 pandemic on them.

He said it is because government puts the concerns and aspirations of the ordinary Ghanaian first.

“That is also why we further reduced electricity prices by half and completely provided potable water for free for everybody since March this year. And we will extend it for another three months,” he told Parliament.

He added, “It takes a caring government of the people, and with that, I mean, a Government of all the people, to offer cost-free water to all across the country: representing all domestic and commercial customers in Ghana for three months.”

“It takes a caring government to be for the people and for business, large and small, to choose to subsidise electricity consumption by 50 per cent to 4,086,286 households and 686,522 businesses at a cost of ¢1.02 billion in three months. And we will extend the coverage for lifeline customers for another three months,” he said.

DISCLAIMER: The Views, Comments, Opinions, Contributions and Statements made by Readers and Contributors on this platform do not necessarily represent the views or policy of Multimedia Group Limited.
Tags:
Covid-19
electricity bills
Water bill