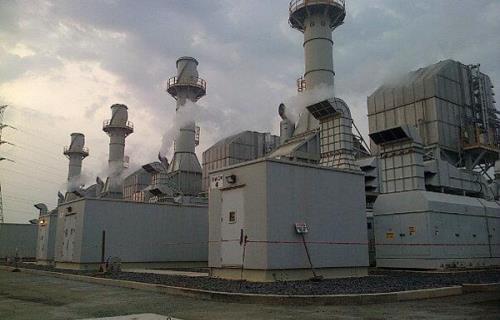 Government has disclosed its decision to relocate the Ameri Plant located at Aboadze to Kumasi in the Ashanti Region to help stabilise the national grid.

Presenting the 2021 Budget Statement in Parliament today, Caretaker Finance Minister, Mr Osei Kyei-Mensah-Bonsu stated that although the country experienced adequate power generation capacity in 2020, this decision to relocate the Ameri Plant along with the completion of other power projects will help stabilise Ghana’s power supply.

“Mr. Speaker, in 2020, the country had adequate generation capacity to meet the demand for domestic, commercial and industrial customer…In 2021, the Ameri Plant will be relocated to Kumasi to help stabilise the national grid”.

According to the Caretaker for the Ministry of Finance, this decision by government will also help address the recent power outages experienced in major parts of the country.

While delivering the statement on Friday, Osei Kyei-Mensah-Bonsu further stated that in addition to the above-stated initiatives, Government has resolved to address the present challenges by completing various transmission line projects to support the national grid.

These projects include, Lot 1 (Kumasi – Kintampo) of the 330kV Kumasi-Bolgatanga Transmission Line Project, which according to Mr Osei Kyei-Mensah-Bonsu, is near completion and the A4BSP (Pokuase Bulk Supply Point) that is 92 per cent complete.

Finally, the remedial works on the Aboadze-Prestea 330kV Transmission Line said to be 90 per cent complete.

Other projects to be pursued by government this year include “the construction of a new substation at Dunkwa-on-Offin, reconstruction of over-aged 161kV transmission lines from Aboadze through Dunkwa to Asawinso with higher capacity, and the reconstruction of the existing 330kV and 161kV Aboadze Switchyards.”

Mr Osei Kyei-Mensah-Bonsu who doubles as Majority Leader in Parliament also disclosed that a total of 388 out of 560 communities have been connected to the national grid under the Rural Electrification Programme.

He also informed the House that the 200MW Amandi Power Project is currently at the last phase of commissioning.

“Phase 1A of the 400MW Early Power Project (147MW) is currently going through commissioning,” he added.

The country, earlier this month has witnessed a series of power interruptions.

The most worrying of them was a nationwide power outage experienced on Sunday, March 7.

In a statement by the Ghana Grid Company Limited (GRIDCo), the institution indicated that a fault on one of the major transmission lines between Prestea and Obuasi caused the national power outage experienced on Sunday.

Meanwhile, the Public Utilities Regulatory Commission (PURC), GRIDCo, ECG and NEDCo have pledged to investigate the incident and take appropriate regulatory action against any utility in the power value chain that is found non-compliant with regulatory standards and benchmarks.