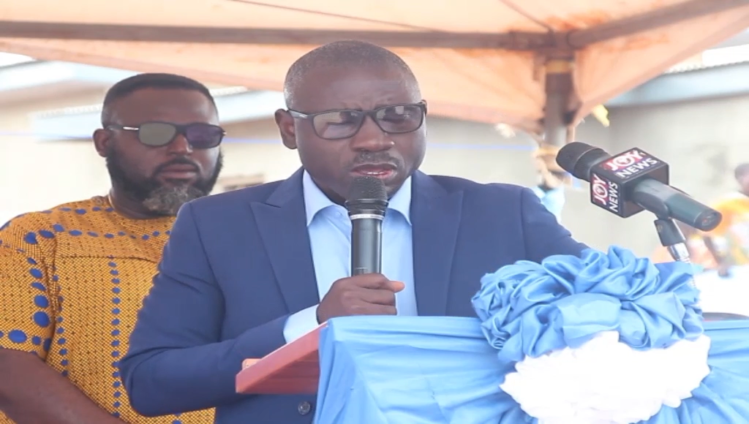 The government has been urged to provide sufficient funding for public basic schools in the country as the non-payment of capitation grant is having a serious effect on the running of the schools.

According to Challenging Heights, a child-focused NGO, the government’s inability to pay the capitation grant and resource the basic schools is affecting the quality of public basic education in the country.

The CEO of the organization, James Kofi Annan, lamented that basic school education that is supposed to be free has now become very expensive because parents are being made to pay.

Speaking at the 15th anniversary of Odobirba Academy in the Central Region, Mr. Annan said the data they recently collected across five regions in Ghana, including the Central Region, pointed to a cumulative payment parents of pupils in public basic schools are making.

Such payments, the organization said, sometimes add up to more than GHC1,000 per child, far in excess of the fees charged in some private basic schools.

He stated that some of the payments required by these public basic schools include students’ desks, PTA dues, sports fees, ICT, examination fees, excursions, and so on. Public basic school teachers are facing severe challenges in being able to deliver effective teaching, while the students are facing serious challenges in doing effective learning.

He called on the Ghana government to improve its budgetary allocations to basic education.

“As at the year 2021, there were 42,544 basic schools across the country (Ministry of Education, 2022, Medium Term Expenditure Framework 2022–2025). The actual expenditure for public basic education in the year 2021 totaled 13.3 billion Ghana cedis. This amounts to approximately GHC312,617 per school per annum,” he revealed

“As a beneficiary of quality public basic school education, without which I could not have afforded my education, I feel scandalized when the evidence shows that we have allowed affordability to determine who benefits from quality education and who does not. The gap between the poor and the rich, in terms of education, is too much, “he stated.

He believes the Ghana National Private Schools Association (GNAPS) has a role to play in providing leadership to put pressure on the government to provide sufficient funding for public schools.

“GNAPS should not be happy to see public basic schools fail, so that their members benefit. That would be unethical, anti-developmental, and a collective failure. “

The Effutu Municipal Director of Education, Mabel Judith Micah, called for increased investments in education to prepare the children for the future.

The Area head of the Church of Pentecost, Winneba, Apostle Samuel Appiah, entreated parents to be the first role models for their children by supporting the efforts of their teachers.

As a way of empowering and supporting the education of girls, the founder of the school has made a deliberate policy to discount the fees paid by girls.

DISCLAIMER: The Views, Comments, Opinions, Contributions and Statements made by Readers and Contributors on this platform do not necessarily represent the views or policy of Multimedia Group Limited.
Tags:
Capitation grant
James Kofi Annan
Odobirba Academy