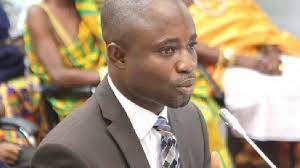 The Minority in Parliament has said government is intentionally delaying funds for the National Health Insurance Scheme in an attempt to collapse it.

Ranking Member on the Health Committee, Kwabena Mintah Akandoh said government paid only 6.2 percent of the total funds needed for the Scheme at the end of last year.

According to him, several calls on the Finance Minister to release NHIS levies meant for the Scheme have not yielded any result.

“Unfortunately, there rather seems to be an unwavering effort to collapse the NHIS by depriving it of funds. As we speak, the highest release of national health insurance levies collected was in 2016 when 86 of the collections were released to the National Health Insurance Authority.

“The lowest on record is that of last year where government out of the GH¢2.056 billion it collected, paid only GHC127 million or 6.2 percent to the national health insurance fund,” he told journalists at a press conference on Wednesday.

He expressed worry that patients are being forced to bear the full cost of accessing healthcare due to the non-release of funds to the NHIA.

It would be recalled that at a recent news conference, members of the Pharmaceutical Society of Ghana threatened to pass the full cost of medicines to patients if government does not intervene.

Mr. Kwabena Mintah Akandoh bemoaned the delay in the release of the funds to the NHIS providers.

He said the delay could contribute to a high mortality rate among patients and urged the government to pay the NHIA to avert unnecessary deaths and pain.

“Under the current economic conditions, more Ghanaians than ever before, will require the NHIS to finance their medical needs. It is therefore unconscionable for the government to hold on to monies collected in the name of the National Health Insurance Authority rendering it incapable of meeting its obligation to service providers. This is going to increase morbidity and mortality across Ghana.”

Meanwhile, Health Minister Kwaku Agyeman Manu has admitted that delays in the payment of claims is forcing service providers to pass on the cost to patients.

He, however, assured Parliament that the NHIA is working to improve on its claim payment systems.

DISCLAIMER: The Views, Comments, Opinions, Contributions and Statements made by Readers and Contributors on this platform do not necessarily represent the views or policy of Multimedia Group Limited.
Tags:
Funds for NHIS
Health Minister
Kwabena Mintah Akandoh
NHIA
NHIS