Gov’t has worsened plight of farmers, fishermen in C/R – NPP 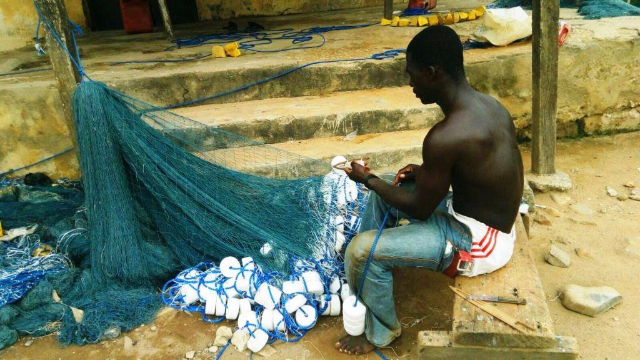 The Regional branch of the Party is accusing President John Mahama of throwing dust into the eyes of residents in the Region by peddling untruths about projects and potential employment avenues during his thank you tour of the Region recently.

At a News Conference in Cape Coast, Regional Secretary of the Party, Kwamina Duncan, said life is becoming unbearable for the people in the Region by the day.

"The annual cocoa tonnage has seen a sharp decline and many of our cocoa farmers and families are back into the poverty bracket. In the fishing sub-sector, it grew by -5.7 percent," Mr. Duncan said.

He added, that all the evils that plague the fishing sub-sector has accentuated under President John Mahama's watch with premix fuel scarce and supplied to people with affiliations to the National Democratic Congress (NDC).

He questioned President's "Accounting to the People Tour' to the Kotokuraba Market and wondered what the people will use to buy from the market when they don't have jobs coupled with the "ever-increasing price of goods."

Mr. Duncan said as characteristic of "this do-little government, the entire country has been treated to a constant dose of a creation of jobs since the ground was struck for the commencement of the  work on the Komenda Sugar Factory."

"For the NDC apologist, and propagandists, the Sugar Factory even though under construction is the be-all solution, first to the transportation of sugar into the country and second, the creation of jobs," he added.

The Regional Secretary is finding it hard to reconcile the President's promise of the Factory being finished by May and the Minister of Trade and Industry, Dr. Spio-Garbrah saying government is seeking a $24 million from India for planting and irrigation of the sugarcane.

The NPP he said fears that this project will suffer the same fate as the Pwalungu Tomato Factory, Buipe Shea butter Factory and Kumasi Shoe Factory.