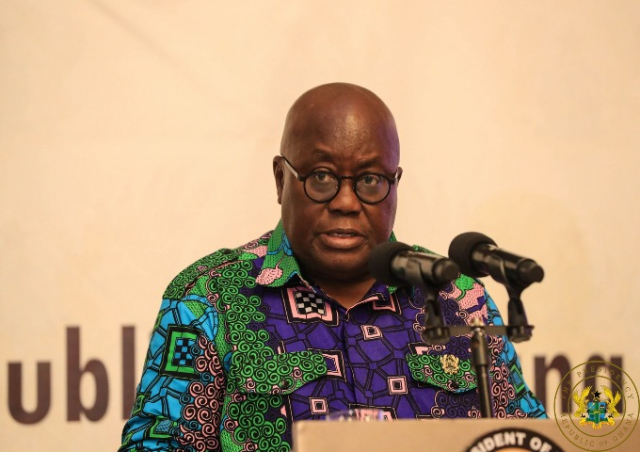 The government is to resuscitate the defunct Ayum Timber Company at Mim in the newly-created Ahafo Region, President Nana Addo Dankwa Akufo-Addo announced on Friday.

He said the Ministry of Trade and Industry had finalised modalities and the plywood mill section of the Company would start commercial production by the second quarter of 2019.

Addressing the chiefs and people of Mim at a durbar as part of his three-day working visit to the Bono, Bono East and Ahafo Regions, President Akufo-Addo said 300 people would be engaged to work at the plywood section.

He touched on political vigilantism and appealed to the people to support his government in its bid to disband such groups.

Okofrobour Professor Yaw Agyei II, the Paramount Chief of Mim Traditional Area earlier expressed concern over the rapid depletion of the Ayum forest due to illegal logging and lumbering.

The Chief appealed to the President to take decisive action to protect the forest which remained the major source of raw materials to feed the Company.

Okofrobour Prof. Agyei II told the President that Mim was physical-infrastructural wise developing and expanding rapidly, saying that had resulted to its fast-socio-economic growth and therefore requested for the creation of a separate district for the area.

He said the chiefs and people of Mim and its environs would forever be grateful to President Akufo-Addo and his government for the commitment and determination to bring the timber company to life to create job opportunities for the youth in the area.

Okofrobour Prof. Agyei II again expressed gratitude to President Akufo-Addo for creating the Ahafo Region, which he added would push forward development in the area and appealed to the government to provide the needed funds to tar access roads at Mim to control erosion in the township.