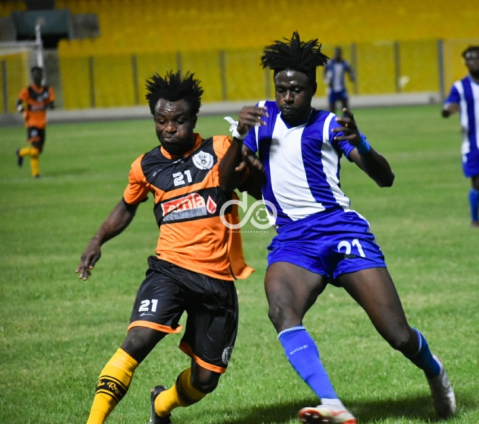 The Ghana Premier League continues this weekend with matchday 3, which promises to be exciting.

Two games have been postponed because Asante Kotoko and AshantiGold are on continental assignments.

Here are five things to expect:

Following their humiliating defeat against Great Olympics, Legon Cities made changes to their technical team by sacking Bosnian Goran Barjaktarevic and appointing experienced coach Bashir Hayford, marking his return to the league after two years.

The former league winner with Asante Kotoko and AshantiGold is expected to be in the dugout on Friday night when Legon Cities welcome Medeama to the Accra Sports Stadium.

Medeama have failed to impress, winning none of their first two league games and though Legon Cities are also winless this season, it is expected they will pull off a blinder under the guidance of a manager who with Ashgold, won the premier division with a game to spare.

It is also worthy of notice that in 2015, Ashgold in addition to winning the League, scored the joint 4th most goals and with a goal difference of +9, there is evidence of an impressive defensive record.

Thought that was all? Do you need to be reminded of Bashir’s box office press conferences? He brings moments of laughs and banter in his press conferences. You can call him Ghana’s Mourinho.

His recent screenplay was a question posed to him by a journalist on his ‘tactical bankruptcy’. Hayford slammed the journalist for using ‘borrowed’ words on him. The incident went viral and entertained many Ghanaians. Now appointed coach of Legon Cities, expect more of such moments from him.

Asamoah Gyan back after 17 years?

Asamoah Gyan joining Legon Cities was the biggest transfer of the Ghana Premier League this season. However, fans have been starved as the striker is yet to kick a ball due to fitness issues.

Might be a coincidence but the striker has timed his return well, with the appointment of two time Ghana Premier League winner, Bashir Hayford.

The former Ashgold manager has made his comeback to the division with Legon Cities and might refer to Gyan to deepen his mark from 17 years ago to help the club finish in the top four.

After weeks in the gym, Gyan is expected to play a part for the Royals when they welcome Medeama at the Accra Sports stadium.

The league got off to what can be described as a slow start with only one fixture producing a victory. Seven of the first eight fixtures ended in draws and on matchday 2, with 50% of the games ended in draws.

The upside to what is a rather disappointing streak is amongst the draws across the two matchdays, there were three very exciting draws.

Hearts of Oak’s first game of the season also ended with both teams sharing points and goals, much to the disappointment of Hearts of Oak’s manager, Odoom, who displayed his frustration in his post-match presser but do fans care, especially the neutrals?

No, we don’t – just give us entertainment.

Note, ‘trailblazers’ is not used in its literal dictionary meaning.

Who is the best player in Ghana’s premier division?

There exists a high likelihood this question, breeds a catalogue of varied answers and does that display the quality of the league or, it simply goes on to highlight the absence of any real standout player or reels-highlights personality?

Many will argue differently but certainly along these lines however, what all can agree on is the fact that, the start of this season has provided players who have entertained or simply ‘wowed’.

In the first week, we witnessed Razak Issah, a goalkeeper, drop jaws when he scored from a direct freekick.

In the second week, striker, Hans Kwoffie scored 2 goals from 2 shots on target to make sure Hearts of Oak, pioneered by Patrick Razak from the right wing, left the Accra Sports Stadium frustrated and with just a single point.

Obeng Junior who probably, only a few expected to perform, hit the ground running with Hearts of Oak’s 2 goals and a complete all-round performance.

Who will leave the Ghana premier league world watering this week? That cannot be ascertained but we at Joy Sports, cannot wait.

Well, we might be going off tune here but dare us to make it all fall in line.

So far, goalkeepers have failed to keep goals out. The first round of games witnessed two cleansheets (a 0-0 draw between Inter Allies and Dreams) while the second matchweek saw three goalkeepers, Afadzwu Daniel of Bechem United, Asare Benjamin of Great Olympics and Moosie John of Techiman Eleven Wonders keep cleansheets from 3 separate games.

Well, there will be arguments that it is not the sole responsibility of a goalkeeper to keep a cleansheet and yes, that’s true.

Preserving a cleansheet requires collective effort, the entire team needs to be switched on during the defensive phase of the game so maybe, the lack of cleansheets might be from particular defensive blunders or even maybe, attackers are just scoring too much!

We already have a combined 43 goals this season – 2.68 goals scored in every game. So expect goals this week.

Told you we will get back on track, didn’t we?