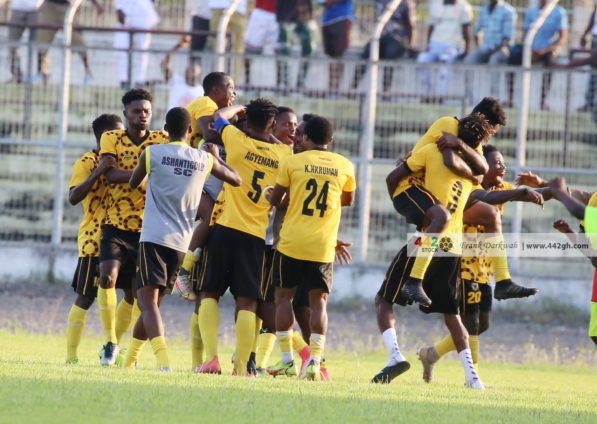 Hearts of Oak remain winless in the Ghana Premier League this season after falling to AshGold at Obuasi on Sunday.

The Phobians went into their matchday four fixture at the Len Clay sports stadium drawing all previous three games.

Yaw Annor gave the hosts the lead early in the first half after a solo run from the halfway line.

AshGold doubled their lead in added time through Abdul Salam.

The defeat leaves the Phobians 9 points behind rivals Asante Kotoko.

Dreams had raced into a 3-goal lead in the first half courtesy Philemon Baffuor and a brace from Fatawu Issahaku.

In other games, Legon Cities held WAFA to a 2-2 draw at the WAFA park.

Elmina Sharks picked up their first win of the season against newly promoted Bibiani Goldstars.

Aduana Stars and Real Tamale United which was rained off on Saturday concluded on Sunday morning as the Dormaa-based club scored four more goals to win 5-1.

Yahaya Mohammed was among the scorers on his 50th appearance for Aduana.