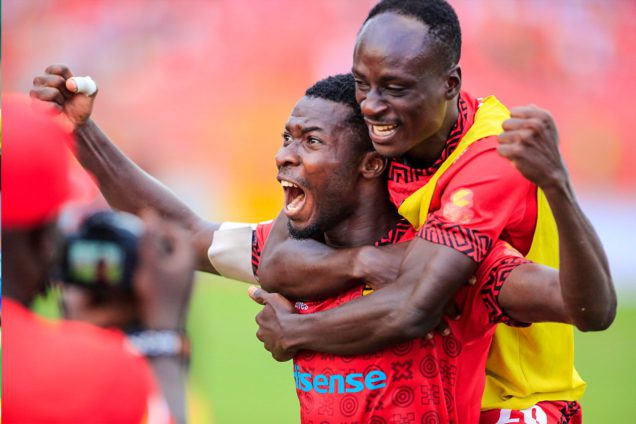 Asante Kotoko climbed to the top of the table after a dramatic win over Bechem United at the Baba Yara sports stadium on Sunday.

It was the first time the Porcupine Warriors were playing in front of the Kumasi crowd in 20 months and they had to wait till the 85th minute for the opener as Abdul Ganiyu stepped up to convert a penalty.

Samuel Boateng doubled Kotoko’s lead minutes later with a header as Kotoko moved top of the league with the victory.

King Fasial made it two wins out of two games with a surprising 3-1 win over Aduana Stars in Dormaa, a venue the hosts were unbeaten throughout last season.

Dreams FC bounced back to pick up their first three points of the season against Elmina Sharks.

Two quickfire goals from Agyenim Boateng and Kwaku Karikari helped Dreams race into the lead in the first half.

Ebenezer Boadi scored a consolation for Sharks from the spot but Fatawu Issahaku put the game beyond the Cape Coast based side with an expertly taken free kick six minutes from time.

Berekum Chelsea and Eleven Wonders played out a goalless draw as both sides continue to search for their first wins of the season.

Maxwell Abbey Quaye scored the first hat-trick of the 2021/22 season as Great Olympics saw off Accra Lions in a 3-1 victory at the Accra Sports stadium.

In earlier results, Hearts of Oak were held to a 1-1 draw by WAFA at Sogakope as the Phobians remain winless after two games.

AshantiGold and Karela Unired couldn’t be separated in a 1-1 draw.

The final game of week 2 between Medeama SC and Bibiani Goldstars was postponed to Tuesday.