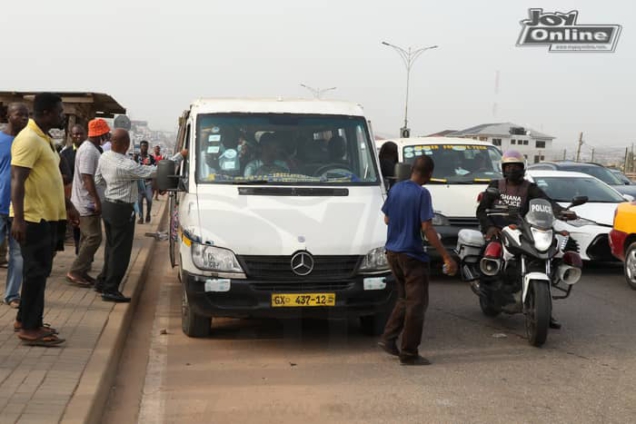 Users of public transport will from Wednesday, September 21, pay at least 30 percent more following an upward adjustment in fares.

This was announced in a communique from the Ghana Private Road Transport Union (GPRTU) today, Wednesday, September 14.

According to the Union, the decision follows a successful consultation with its mother body.

“In consultation with our mother body the GPRTU OF TUC, we wish to announce to the general public that there will be a 30% increment on fares starting Tuesday 21st September 2022.”

It cited the rise in the cost of fuel and spare parts as the basis for the action.

“Due to the increment in fuel products, spare parts, and the poor management of the economy of the government, we are unable to make enough money to cater for our family and pay off our loans.”

“Electricity tariffs, water tariffs, Prices of spare parts, prices of food and Pure water prices have all increased, hence we have no option than to also increase our fares,” the statement added.

Meanwhile, it has charged its members to only charge the approved percentage.

“We are cautioning our members not to charge more than the agreed 30%.”

The GPRTU had earlier described as alarming the recent hikes in prices of petroleum products in the country.

At the beginning of the year, petrol and diesel were trading at an average of ¢6.9 and ¢7.0 per litre respectively.

DISCLAIMER: The Views, Comments, Opinions, Contributions and Statements made by Readers and Contributors on this platform do not necessarily represent the views or policy of Multimedia Group Limited.
Tags:
Economy
Fuel
Ghana Private Road Transport Union (GPRTU)
GPRTU
Transport fares