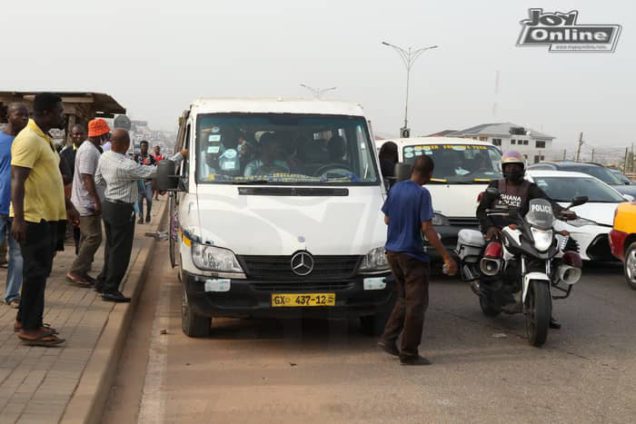 The Ghana Private Road Transport Union (GPRTU), the Concerned Drivers Association of Ghana and other transport unions say they are disappointed.

According to them, they would have been better off if government had not absorbed anything.

In an interview with JoyNews after the Finance Minister announced the reduction, the Spokesperson for GPRTU, Imoro Abass, indicated that the drivers would be discussing a further increase in transport fares.

“If this is all they can do for us, I will say we are ungrateful. The ¢0.15 is woefully inadequate, so we’d have to meet and decide on which way we are going to move,” he said.

On Thursday, March 24, the Finance Minister, Ken Ofori-Atta, announced that effective April 1, petroleum price build-up margins will be reduced by ¢0.15 per litre.

BOST margin will be reduced by ¢0.2, Unified Petroleum Pricing Fund by ¢0.9, Fuel Marking Margin by ¢0.1 and Primary Distribution Margin by ¢0.3, all per litre.

According to him, the reduction aims to mitigate “the impact of the rising price of petroleum products at the pump, for the next three months.”

“From January to date, the average ex-pump price of diesel and petrol have increased by 57% and 45% respectively,” he explained.

But the transport operators say the reductions are not welcomed.

Speaking to Accra-based Citi FM, the Public Relations Officer for the Concerned Drivers Association of Ghana, David Agboado, recounted that “the last time we increased transport fares, fuel was sold at ¢7.99, as it stands, it is ¢10. 90, and the best intervention government could come up with was to absorb only ¢0.15.”

“We would have been better off if government hadn’t touched it at all,” he stated.

Prices of petroleum products were increased a few weeks ago following the rise in crude oil prices in the international market.

Currently, diesel sells between ¢10 and ¢11 per litre at various fuel pumps, while petrol price has crossed ¢9 at some fuel stations across the country.