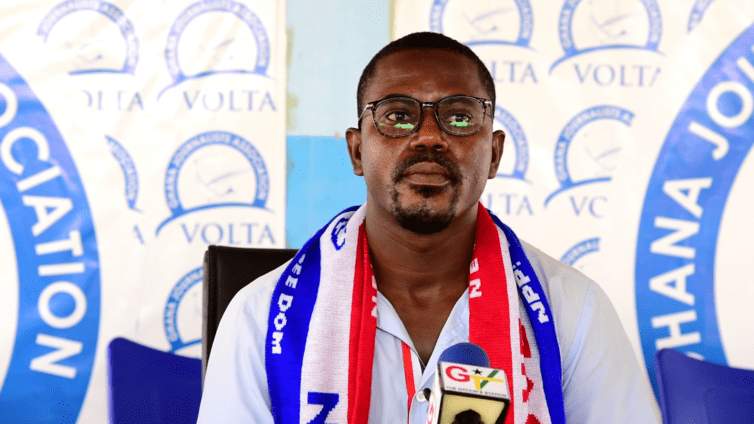 The Concerned Volta New Patriotic Party Grassroots for Victory 2024 has warned against the use of tribal, religious sentiments, harassment and intimidations ahead of the party’s flagbearer race.

According to the group, heading this tangent would be detrimental for the NPP and jeopardize the party’s chances of breaking the 8.

They have, therefore, advocated for unity and cohesion among the presidential candidate aspirants, their followers, and the entire party as the elephant fraternity gears towards another landmark event in the history of the NPP.

Addressing the press in Ho, the Spokesperson for the group, Davis Nii Attuquaye Clottey, said “we believe we can not break the 8 with religious sentiments and tribal intolerance.”

“We believe our opponents have superior propaganda machinery to beat us to it if we go on that dangerous and unproductive tangent”, he asserted.

He raised concerns on the “abuse of power” by some persons occupying leadership positions, hereby, disregarding the existing rules, norms, and protocols of the party.

He entreated the party’s hierarchy to crack the whip on any executive who would flout regulations and code of conduct guiding the 2022 executives and presidential candidate elections.

He chronicled that there had been presidential candidate and internal elections within the 30-years existence of the NPP, which “left our party stronger and united”, hence the current leadership must ensure the party comes out in one piece after the 2022 internal elections.

Mr. Clottey lamented the incidents of open harassment and intimidation of supports of some aspirants by their counterparts.

“We can not break the 8 with internal witch-hunting and suppression of individual choices and preferences.”

“We also observed that leadership at various levels are misusing their positions and power most capriciously without due regard for existing rules, norms, and protocol”, he added.

“We call on the President of the Republic and leader of our party to rein in all the aspirants in a fair-minded manner. So that, together in unity we can break the 8”, Mr. Clottey concluded.