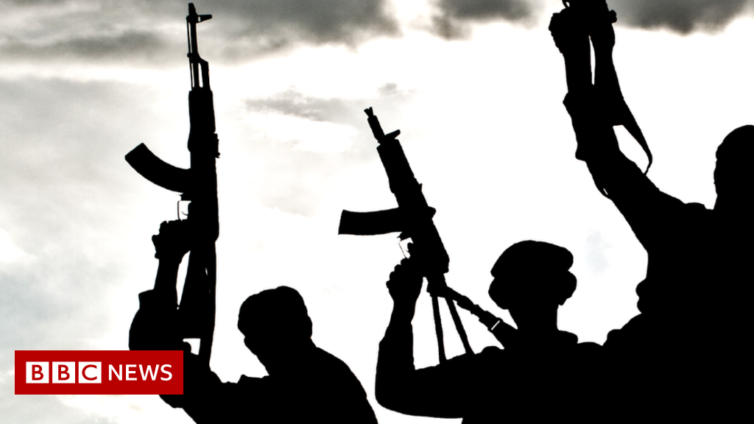 Gunmen in the northern Nigerian state of Zamfara have abducted the entire family of a local state politician.

Residents say the kidnappers broke into the home of the lawmaker, Aminu Yusuf Ardo, in the town of Jangebe on Thursday night, seizing his wife and their four young children.

Mr Ardo, who is a representative in the Zamfara state house of assembly, was not at home at the time of the raid.

The attackers have also kidnapped at least eight other people – most of them the politician’s neighbours, according to residents.

A man whose father was among the hostages told the BBC they were in shock, adding that people were coming to sympathise with them.

He said the gunmen had not made any demands yet.

Jangebe is the town where gunmen abducted nearly 300 female students from a boarding school in February last year.

The schoolgirls were later released following negotiations with the kidnappers.

Zamfara is among several states in Nigeria where armed criminal gangs frequently carry out killings and kidnappings for ransom.

The Nigerian security forces have recently stepped up raids on the armed groups’ forest hideouts as the country prepares for elections due to take place in February.

DISCLAIMER: The Views, Comments, Opinions, Contributions and Statements made by Readers and Contributors on this platform do not necessarily represent the views or policy of Multimedia Group Limited.
Tags:
Abduction
Gunmen
Nigeria
Politician wife and children