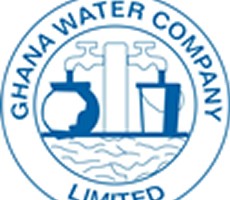 The Ghana Water Company Limited has suspended its planned shutdown of the Kpong Water Treatment Plant, following a directive from the Minister for Water Resources, Works and Housing.

The water company had announced closure of the plant for three days beginning today, Monday, February 24 to Thursday,  27, to make way for scheduled maintenance works.

But the sudden breakdown of equipment at the Weija intake which has resulted in acute water shortage in most parts of Accra for a week, compelled the Public Utilities Regulatory Commission (PURC) and sector Minister, Alhaji Collins Dauda to order that the exercise be suspended until the situation improves.

Communications Director for the company, Stanley Martey told Joy News residents should expect regular supply of the water within 48 hours following the resumption of water production at the Weija Treatment Plant over the weekend.

A statement issued by the water company indicated: “Management of Ghana Water Company Limited wishes to inform members of the general public that the shut-down of the Kpong Treatment Plant for major pipeline interconnection works which was to start on Monday, 24th February 2014, has been rescheduled".

"The shut-down will now be from Thursday, 27th February to Sunday, 2nd March 2014,” the statement said.

The statement entreated members of the public to take note of the new date and store enough water.