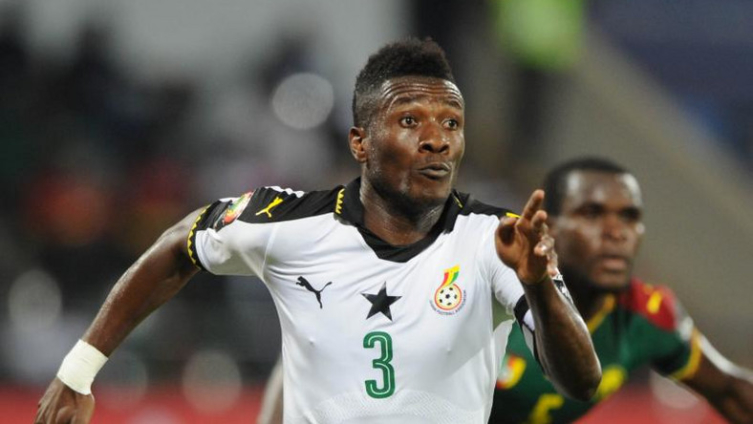 Ghana international Asamoah Gyan reveals he is not considering hanging up his boots anytime soon despite calls to do so.

The 34-year-old’s game has significantly slowed down in recent years, largely due to a combination of injuries and ageing.

He is currently on the books of Indian Super League side NorthEast United.

“It looks like people wants me to retire but I’m not done yet. I had a couple of injuries but I’m getting back to full fitness,” Gyan told TV3.

“I’m now okay and feel good in my body.

“I have added a bit of weight that I have to work on and get back to shape.”

Gyan’s 2019-20 league season ended prematurely after he picked up an injury.

He joined the Indian side in summer last year after parting ways with Turkish fold Kayserispor.

The forward has played for Chinese side Shanghai SIPG, Al Ain and Al Ahli in the United Arab Emirates, English side Sunderland, Rennes in France and Italian fold Udinese.

He started out, however, with Ghana Premier League side Liberty Professionals.

At international level, Gyan holds the record for the most caps and is the all-time top scorer for Ghana with 106 appearances and 51 goals. He is also the highest-scoring African at the World Cup with six strikes to his name.