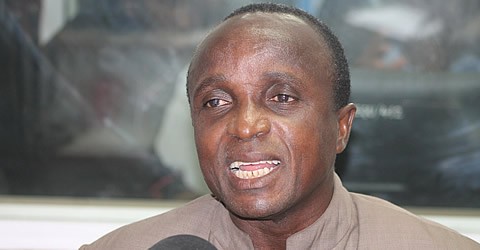 A former National Coordinator of the Ghana Youth Employment and Entrepreneurial Development Agency, Abuga Pele has been charged with willfully causing financial loss to the state, misapplication of public funds and aiding and abetting crime.

Mr. Abuga Pele and the Chief Executive of Goodwill International Group (GIG), Philip Akpeena Assibit, appeared before the Financial Court in Accra to answer a total of 19 charges for their roles in the GYEEDA scandal uncovered by JOY NEWS. Both men have denied the charges and have been granted bail.

Making the case of the state before the court presided over by Justice Afia Serwah Asare-Botwe, a Principal State Attorney, Mrs Evelyn Keelson, said Mr. Abuga Pele without authorization signed a Memorandum of Understanding with the GIG on behalf of GYEEDA.

“The parties agreed to combine their labour, properties and skills for the purpose of engaging in resource mobilization, investor sourcing, management consulting, capacity building, career development and training services among others,” she stated.

GYEEDA and GIG, according to her, agreed to share the profit arising out of this enterprise equally.

The state Attorney said between May 2011 and May 2012, Mr. Assibit and the GIG made claims for payment for services rendered GYEEDA.

GIG, Mrs Keelson said, claimed to have provided consultancy services on exit strategies for GYEEDA (then NYEP), financial engineering leading to the World Bank approving a $65 million loan to GYEEDA and “recruited and trained 250 youth to support the implementation of what was referred to as the world Bank funded Youth Entreprise Development Programme (NYED).”

The State Attorney told the court that Mr. Assibit’s claims were false but were justified by Mr. Abuga Pele.

The GIG Chief Executive, according to the prosecution, further received an amount of GH¢835,000.00 “under the guise of…tracer studies for the World Bank.”

The Principal State Attorney argued that the GIG, represented by Mr. Assibit “was never appointed a consultant to NYEP (now GYEEDA), he has not provided any exit plan and strategy for [GYEEDA] modules;…and he has not conducted any financial engineering for the approval of a World Bank facility of $65 million as claimed and supported by…[Mr Abuga Pele].”

Given these facts, the Attorney-General’s department claims the two accused persons have committed various offences totaling 19, against the state and must be punished.

Mr. Thaddeus Sory, lawyer for Mr Pele, said the changes were not borne by the true facts of the matter.

He expressed confidence that in the fullness of time, the Chiana-Paga Member of Parliament would be vindicated.

Lawyer for Philip Assibit (who is facing charges of defrauding by false pretence, lose of public property and willfully causing financial loss to the state), Mr. Raymond Bagnabu also said the charges were without basis.

“I can assure that I believe in the innocence of my client,” he stated.

They will reappear on February 11, 12, and 13 for a continuation of the hearing.