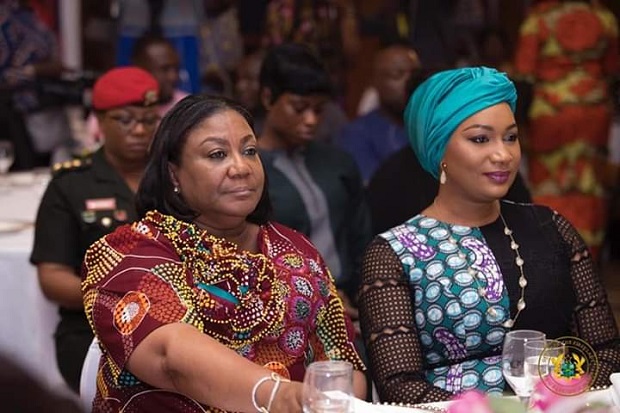 The mandate of an Article 71 Emoluments Committee is limited to recommending the salaries and other benefits and privileges of those officeholders specified in Article 71, sections (1) and (2). That list of officeholders is exhaustive. The Article 71 Emoluments Committee has no authority to recommend payment of any allowance or emolument to First or Second Spouses, as these are not Article 71 offices or officeholders. And, of course, the Constitution does not require or compel a President or Vice President to have a spouse; bachelors and bachelorettes are welcome.

If government wants to pay First and/or Second Spouses from the public fisc, it must introduce a Bill to that effect. The clear import of Articles 108 and 178 of the Constitution is that Parliament cannot, on its own accord, initiate or approve payment of any such emoluments (which would necessarily be paid from public funds) without a bill to that effect emanating from and introduced by the Government and duly passed into law.

The political class cannot use the Article 71 process to smuggle in salaries or allowances for First and Second Spouses. If that’s what they want to be done, they must get the Government to introduce a Bill to that effect, and thereby allow and ensure public participation in the legislative debate on this matter.

And I will add ask, why can’t we extend the payment to cover all the spouses of every Article 71 office holder then if Akufo-Addo want his wife to be paid?

This case is a classic example of opportunities where the public would have expected the ndc MPs to take a stand against it and to demonstrate to the people of Ghana that – Yes they are with them and have become – part of the The elites FLEECING the poor. Very very very sad.

DISCLAIMER: The Views, Comments, Opinions, Contributions and Statements made by Readers and Contributors on this platform do not necessarily represent the views or policy of Multimedia Group Limited.
Tags:
Article 71
H. Kwesi Prempeh
Rebecca Akufo-Addo
Samira Bawumia