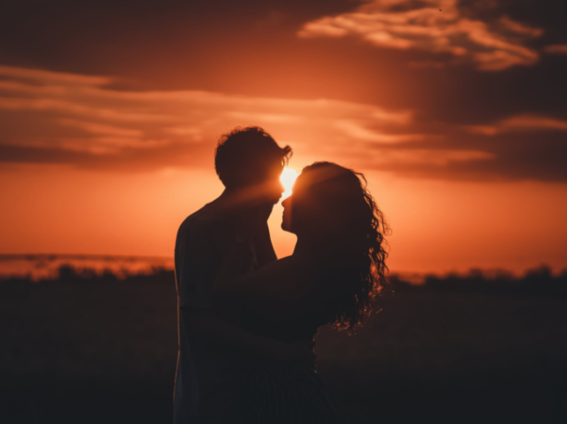 A just-released report from the Pew Research Center sends a dagger straight through the heart of a popular mythology—the one that insists that what single people want, more than anything else, is to become coupled.

So untrue. The findings, based on a national, random sampling of nearly 5,000 adults in the U.S., showed that 50 percent of single people are not interested in a committed romantic relationship and they are not even interested in a date.

It would be tempting to assume that this is a testament to the growing numbers of single people. Just about every time the Census Bureau releases its latest figures, we learn that there are even more single people than there were the year before.

A previous Pew report made the remarkable prediction that by the time today’s young adults reach the age of 50, about one in four of them will have been single their entire lives. That’s a cohort of 50-year-olds in which 25 percent have never been married.

The phenomenon is not specific to the U.S. or to Western nations. In many countries all around the world, rates of marriage are also headed downhill.

I’ve been keeping track of surveys of people’s interest in marriage and romantic relationships for years.

Because the questions are asked in different ways with different kinds of options for answering, the results can seem confusing. There is, though, one study very similar to the new 2020 survey—a survey, also conducted by the Pew Research Center, from 2005. (It is study #1 in this review.)

The 2020 study was a bit different because it started with people who were socially single rather than just legally single.

“Single” was defined as not married (that’s the legal definition) and also not living with a partner or in a committed romantic relationship (those people are socially single).

Especially Uninterested in Romantic Partnering: People Who Have Tried Marriage Before and Older Women

The findings I have summarized so far were averaged across all single people. But unmarried people are quite a diverse group. Are there differences among single people in who is most uninterested in romantic partnering?

When I reviewed five previous studies, I found one strong and consistent finding: People who have tried marriage before (they are divorced or widowed) are especially unlikely to want to try it again. The new 2020 study, which asked a broader question about interest in romantic partnering (not just marriage), found the same thing.

Remember that across all single people, whether previously married or always single, 50 percent said they were uninterested in a romantic relationship or even a date.

For divorced people, that number was 56 percent and for the widowed, it was a striking 74 percent. Only the people who had never tried marriage were more likely to be interested in romantic partnering than uninterested (38 percent were uninterested).

The high level of disinterest among the widowed suggests that age could also be a factor, and it is. Three-quarters of people 65 and older are completely uninterested in a romantic relationship or dating.

For the 50- to 64-year-olds, the percentage is the same as for the sample as a whole—half are uninterested. Among the younger groups, fewer people express no interest at all in romantic relationships or dating, but the percentages are still substantial—39 percent for the 30- to 49-year-olds and 37 percent for the 18- to 29-year-olds.article continues after advertisement

Uninterested in romantic relationships or dating

More women than men have no interest in romantic relationships or dating. The difference becomes even greater at older ages.

These findings tell the same story as previous studies of gender differences in experiences of single life.

In one of my previous posts here at Living Single, I critiqued a study that tried to figure out why men stay single based on just one flaming Reddit thread.

Even in that thread, in which the men were egging each other on to say outrageous things, striking numbers of men said that they were single because they liked being single, they had other priorities, or they just weren’t interested in romantic relationships.

Not that you could easily tell that from the published version of the article. The author tried to bury all those kinds of answers and instead emphasized comments suggesting that the men were single because they were ugly, had low self-esteem, or just weren’t making much of an effort.

The Pew researchers were a bit more even-handed. First, their recruitment efforts targeted a national sample. And second, they did not rely on a Reddit thread to generate the possible answers.

By far, the two most popular answers the national sample of U.S. adults gave for why they were uninterested in romantic partnering were that they have more important priorities (47 percent), and they just like being single (44 percent).article continues after advertisement

The younger adults (under the age of 50) were especially likely to say that they have more important priorities; 61 percent of them said that, compared to 38 percent of the older adults.

All the other reasons for being uninterested in romantic partnering were far less important.

The men and women were very similar in 7 of the 8 reasons for their lack of interest in romantic partnering. The one difference was in their fear that no one would be interested in them; more men than women worried about that, 26 percent vs. 12 percent.

Shrugging Off the Pressure to Partner

Mental blanketing is my term for the relentless and pervasive glorifying of marriage and shaming of single people.

I described it in detail in Singled Out. The results of the Pew survey show that many single people are no longer feeling that pressure from society, especially as they get older.

Even those who are feeling it are not letting it get to them. They are no more likely to be looking for a romantic relationship than people who are not feeling the pressure.