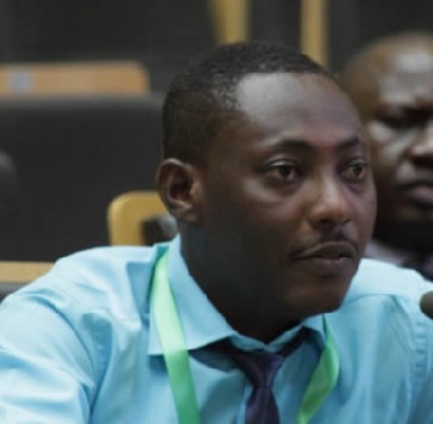 Mr Ackom said this at the Fifth GITFiC in Accra on the theme: “Facilitating Trade and Trade-Finance for the AfCTA; The Role of the Financial Services Sector.”

He said lack of access to trade finance had been an impeding factor to trade, especially for Small and Medium Enterprises, across the African Continent, and called on Africa’s leaders to address the situation before the implementation of AfCFTA.

Mr Ackom said even though “politics rules the economy”, the assertion was hinged on finance in terms of governance and that there was the need to create realistic ideas and find reliable partners to support SMEs under AfCFTA.

Intra-African trade policies under the AfCFTA negotiations were expected to increase by $34.6 billion by 2022 equivalent to a 52.3 per cent above the 2022 baseline.

The International Monetary Fund report in 2020 stated that an improvement in the quality of Africa’s infrastructure to global average standards would result in a seven per cent increase in intra-regional trade flows.

Mr Ackom said the complete abolition of intra trade barriers and implementation of trade facilitation procedures under the AfCFTA were geared towards promoting regional markets as attractive export destinations, thereby enhancing the competitiveness of regional products.

He said African exports performed poorly during the financial crisis, while imports declined faster during the same period, adding that the period 1999 to 2008 saw rapid growth of African trade among the regions.

Mr Ackom urged Africa’s leaders to strategise and develop a comprehensive framework to drive economic growth through the implementation of the AfCFTA.

The Deputy Ambassador of Germany to Ghana, Mr Helge Sander, said the German Government was providing support to Africa’s development initiative through GIZ to address the challenges around institutional and legal frameworks in supporting the implementation of AfCFTA.

The programme, the Deputy Ambassador said, focused on facilitating negotiations on trade in services liberalisation, creating capacity to implement commitments under the trade in goods, and prepare for phase two negotiations, especially on investment, competition policy, and digital trade.

He said in Ghana, a national implementation strategy had been set and structures established to implement the “Boosting Intra-African Trade Agenda” to address the key constraints in the sector and increase the volume and benefits of trade.

Mr Sander said Ghana had started exporting under the AfCFTA since the start of trading on January 1, 2021, and that the project would further support national structures, private sector operators and stakeholders to participate in intra-African trade.

Mr Tsonam Cleanse Akpeloo, the Greater Accra Chairman, Association of Ghana Industries, called on the authorities to push for a uniformed payment system to achieve successful implementation of the African trade initiative.

He called for the improvement of mobile money transactions across the Continent and the development of infrastructure to pave way for smooth cross border movement to optimise the full benefits of the AfCFTA.