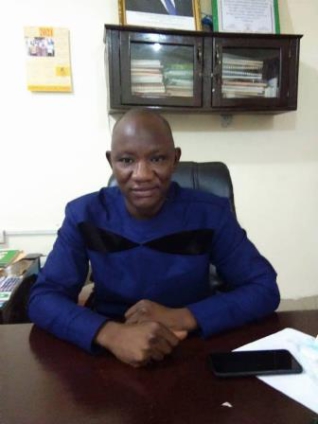 Upper West Regional Director of Health Services, Dr. Damien Apunguyire has bemoaned the high staff attrition rate in the region, saying it deprived the region of the required skills.

“In the first quarter alone, 64 staff members were released on transfer to other regions while more than 100 requests for transfer during the second quarter are pending,” he said.

Dr Apunguyire, who was speaking during the 2021 half-year health performance review meeting in Wa, noted that staff who have gained experience over time constantly leave, thereby, depriving the region of the required skills.

“The new staff placement policy on newly qualified health professionals even though good, does not benefit a deprived region like ours,” he said, and noted, for instance, that of the 26 medical officers who chose Upper West region, only three of them reported.

The Regional Director of Health said the region was also faced with inadequate numbers of critical care nurses, anesthetists, and physician assistants.

“We will continue to prioritize the training of such categories of staff when granting study leave while exploring the possibility of introducing some of these programmes in our nurses’ training colleges as a sustainable strategy,” he said.

“We hope that implementing the deprived area incentive packages will partly address the skewed distribution of staff,” he noted.

Dr Apunguyire also pointed out that the biggest challenge with the human resource situation in the region was the skewed distribution of staff of all categories across the districts.

“There are more midwives in the Wa Urban Health Centre than the whole of Sissala West District, including the Gwollu hospital,” he said.

He noted that despite the challenges, the region saw an improvement in its human resource situation, following the recruitment and deployment of over 170 staff comprising nurses, disease control officers, and medical laboratory scientists to the districts.

“Perhaps the most significant boost to our human resource situation was the return of five specialists to the region who had completed their various fields of specialization,” he added.

“Their arrival heralded the MDC accreditation of the regional hospital and the Wa Municipal hospital for second-year houseman ship training,” Dr Apunguyire said.

He said the expectation was that some of these house officers would choose to stay and work in the region after completing the training.

He said the region continued to make steady progress in Community Health Planning Services (CHPS) implementation in their effort to expand the geographical coverage of primary health care services.

He indicated that the number of functional CHPS zones increased from 359 during the half-year of 2020 to 378 during the same period in 2021, an increase of about five per cent.

“In addition, the number of CHPS zones with compounds increased from 262 in 2020 to 282 in 2021, giving us an approximately eight per cent increase,” he disclosed.

Dr Apunguyire disclosed that about 81 per cent of the region’s population is currently covered by functional CHPS, compared with 74 per cent in 2020.

He said the biggest challenge facing the CHPS implementation was the limited number of Community Health Officers (CHOs) coupled with inadequate basic equipment and transport.

He indicated that the District CHO orientation would for now be the main strategy for producing CHOs in the region.

DISCLAIMER: The Views, Comments, Opinions, Contributions and Statements made by Readers and Contributors on this platform do not necessarily represent the views or policy of Multimedia Group Limited.
Tags:
Dr. Damien Apunguyire
Health Director
staff attrition rate
Upper West Region