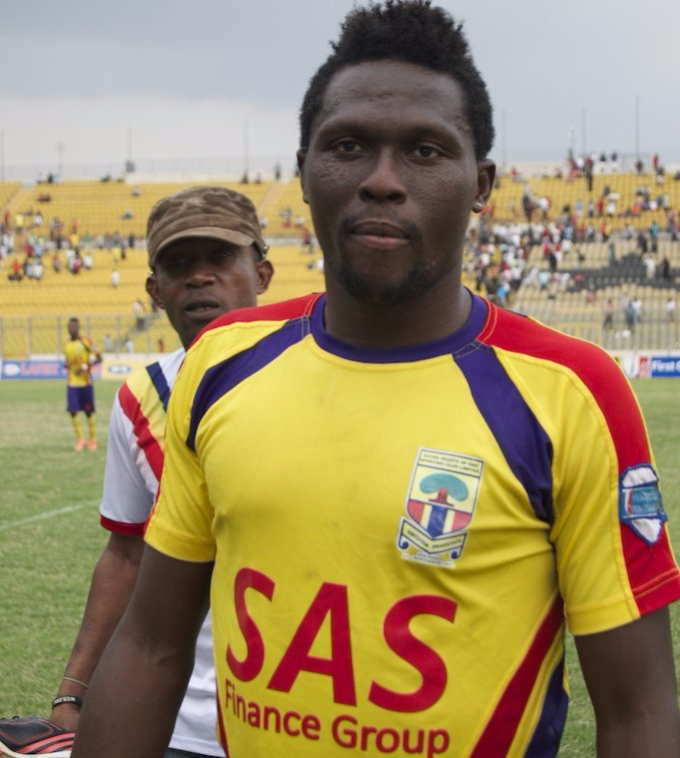 Hearts striker Gilbert Fiamenyo has not been heard of in a while.

That's thought to be because of his lack of goals, the last of which he scored in March.

Or is it because he's been suspended, as rumours have it?

But Opare Addo, the acting public relations officer of the club rubbished these reports of suspension.

"Fiamenyo is not suspended by anybody. He is with the team and anyone who says he has been suspended must be seen as a liar," he Addo said.

"He trained with the team yesterday in the morning and even played a friendly match in the afternoon. So where from such false news?

"I think if anybody had wanted to confirm the news, I am the right person the person should have contacted. So how come the person who did that story did not contact me?"

The media reports had said that Fiamenyo was being punished for a spat with the club's hierarchy.

"Why at all does anyone think will make us suspend Fiamenyo? What has he done and for how long have we suspended him? I think some journalists must be serious,” Addo told Ghanasoccernet.

Fiamenyo hasn’t been in his best form in the second round of the league, having strecthed the rest of the scorers at a point in the first round.

He blazed into an eight-goal lead at the top of the scoring charts by March, and then the goals suddenly stopped. But he still remains the top scorer for the embattled Phobians.

If his goals were needed at any point in the season, it is now. Hearts face relegation and with two games to go, the bulky striker can rescue his team from ignominy.