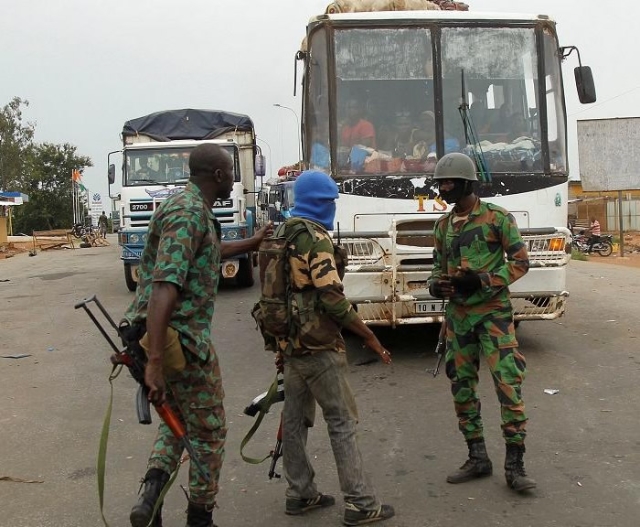 Bouake was the epicentre of several months of army mutinies last year that spread to cities and towns across Ivory Coast, forcing the government to cave in to demands for bonus payments and promotions.

The cause of Tuesday’s violence was not immediately known.

The outbreak of renewed violence follows days of tensions between various military units inside Bouake. At least one person died in the wake of clashes there on Friday.

Ivory Coast, the world’s top cocoa grower, has emerged from a decade-long political crisis as one of Africa’s fastest-growing economies and a darling of international investors.

However, last year’s instability laid bare the dangerous divisions that still persist within an army cobbled together from rival rebel and loyalist factions at the end of a 2011 civil war.

In December last year, government retired 1000 soldiers, paying them $25,782 each as part of a retirement plan that will see 4,400 troops leave the army in four years.

Ivory Coast’s army is seen to be too big and unruly and the retirement plan sought to implement military reforms that would reduce the size of the 25,000 troop army to ‘acceptable standards’.