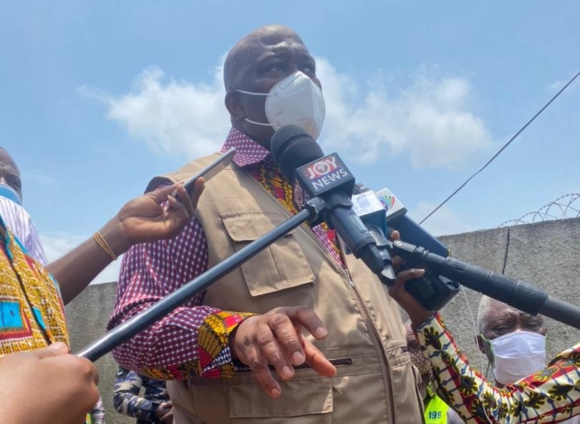 The Greater Regional Coordinating Council has suspended its demolition exercise of unlawful buildings at the Sakumono Ramsar site.

The move is to allow for further discussions between traditional authorities and the council, the Regional Minister, Henry Quartey, has said.

According to him, no building will be demolished until a clear roadmap is drawn.

“I want to say here and now that not a single building will be demolished,” he said.

“We will go through some processes of discussions, and we will have this kind of meeting again in about three weeks’ time by which time we would have had a clear road map,” the minister added.

The Greater Accra Regional Security Council was scheduled to demolish all structures on the Ramsar site after fence walls in the core zones of the site were earlier pulled down in October.

A team was tasked to take an inventory of the number of houses illegally constructed on the Sakumo Ramsar site to allow for the second phase of the demolition.

However, the Minister says this has been put on hold.

The 1,200 acres of the Sakumono Ramsar site hold thousands of gallons of water each year to prevent flooding in the surrounding communities.

But this is now under threat due to massive encroachment on the land.

Areas like East Legon and the Tema Motorway have been predicted to flood in the near future if the site goes extinct.