His Dark Materials: What do the critics think of series two? - MyJoyOnline.com

His Dark Materials: What do the critics think of series two? 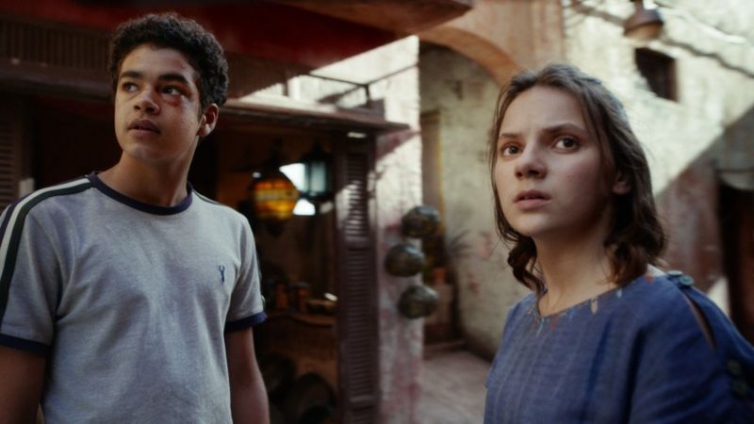 The second series of His Dark Materials has been welcomed by critics, but many have said it is weaker than the first.

The launch episode of the second season, titled The City of Magpies, was watched by an average of 4.4 million viewers on Sunday evening.

“But it doesn’t inspire as much wonder as it ought to.”

In a three-star review, he added: “Viewers who’ve invested in the series won’t stop now. For a series about magical worlds, aimed at younger viewers, however, there’s not quite enough magic.”

I thought it was really good. I seem to mind the second book was darker than the first one… What do I know?https://t.co/F315UytNrT

“The daemons never quite replicate the humour and self-doubt they convey in the books. It’s a missed opportunity: what better device could there be for representing the novelistic inner voice on screen?”

Set in an alternative reality – the deserted city of Cittagazze – the drama is based on The Subtle Knife, the second book in Pullman’s trilogy.

In the version of Britain depicted in the series, every character is accompanied by a daemon – a physical manifestation of their soul that takes the form of an animal.

The second series of His Dark Materials was filmed at the same time as the first, and was therefore unaffected by the Covid-19 pandemic.

However, an additional standalone episode which was due to be shot earlier this year had to be scrapped.

The new series stars Dafne Keen and Amir Wilson as Lyra and Will, alongside Ruth Wilson, Andrew Scott and Clarke Peters.

“If you are a newcomer looking for lockdown solace in an autumn drama, give this one a miss,” she wrote. “It is aimed squarely at those who are familiar with the story from Philip Pullman’s bestselling books, and who remember well the details of series one.

“For avid Pullman fans, the series might be a treat. The problem for the rest of us is that it lacks both the novelty of series one and the exciting narrative – it now feels very dense, which works well in a novel but less so in a TV series.”

She concluded: “Perhaps it will pick up in future episodes. It is a fine children’s drama, albeit one in a prime-time Sunday night slot and with scenes too frightening for younger kids. But what was once event TV is now a middling fantasy.”

The Guardian’s Stuart Jeffries was much more enthusiastic, awarding the episode four stars.

“We are now in uncharted waters,” he noted. “The 2007 Nicole Kidman-Daniel Craig film adaptation of the first book of the trilogy was deemed, after performing badly at the US box office, to warrant no sequels.

“The BBC, by contrast, is seeing the epic drama through from the opening glass of tokay to the concluding moment, when Lyra’s daemon mutates into a pine marten. This gives the director, Tom Hooper, free rein to imagine what Pullman’s worlds look like, and most of what he imagines works well.”

Thomas Barrie of GQ was also positive about the second series, commenting that it “continues to tread a really good, really fine line between the adult and the child-friendly”.

“There’s often a sense of genuine peril, but His Dark Materials never leans too far into the potentially very violent moments of Pullman’s books,” he continued.

“This isn’t the sort of easy series you can write without thinking about it in great depth (The Golden Compass film tried to do that by turning it into an action-adventure film, which it isn’t really). That the Beeb has managed to even bring it to the screen is an achievement; that it’s so sensitively done and true to the original material is a towering success.”

According to Louisa Mellor from Den of Geek, The City of Magpies was “a confident opener on an impressive scale”.

“It keeps the momentum of the finale going while leaving enough space around Lyra and Will’s first meeting to let us get close to them before they’re swept up by the plot,” she said.

“Outside, the storm clouds of Destiny, a Mighty Battle, and all that capital letter fantasy stuff are swirling, but the cautiously developing intimacy of those two gives us that all-important emotional reason to take their side in the fight to come.

The first series of His Dark Materials received rave reviews from critics, who called it “lavish”, “epic” and “gorgeously realised”.

Tags:
His Dark Materials
Philip Pullman
The City of Magpies