"Hollywood is a coke town, but weed is so much better" - Miley Cyrus - MyJoyOnline.com

“Hollywood is a coke town, but weed is so much better” — Miley Cyrus 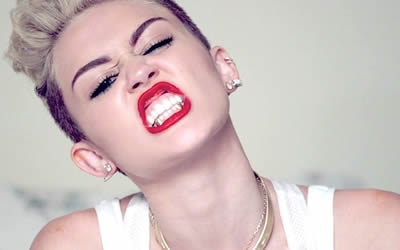 Miley Cyrus’s tongue has landed her in trouble yet again, and not just for refusing to stay in her mouth. This time, the ol’ charmer has been chatting about her love for all things 'Mary Jane', revealing that she reckons that weed is the ‘best drug on Earth’.

Has she suddenly grown a mullet and fully transformed into Rihanna overnight, or have they just got their main hobbies and interests in common? Come on ladies, how about surprising us and revealing your love for classical literature or your passion for figurative dance instead? It's getting a bit old now.

Having already admitted that her hit track We Can’t Stop is about the popular drug molly, Miley seems to be transforming into the resident stoner of the pop world, using her recent cover interview with Rolling Stone mag to loudly voice her opinions on drug use.

In the interview outtakes, Miley explained "I think weed is the best drug on earth”, before adding "One time I smoked a joint with peyote in it, and I saw a wolf howling at the moon.”

Are you sure you didn’t just flick onto Film 4 by accident and catch the second half of New Moon, Milez? It’s happened to us before and it did make us question the packet of Hobnobs we were digging in to at the time.

Miley went on to say “Hollywood is a coke town, but weed is so much better. And molly, too. Those are happy drugs – social drugs.  They make you want to be with friends. You’re out in the open. You’re not in a bathroom.”

We associate the 90s more with tamagotchis and those gooey aliens that everyone used to say could give birth. But that’s probably because she’s a huge pop-punk princess and we’re spending the evening watching Great British Bake Off re-runs.

What do you think of Miley speaking so openly about drug use? Admire her honesty, or should she be keeping it to herself?