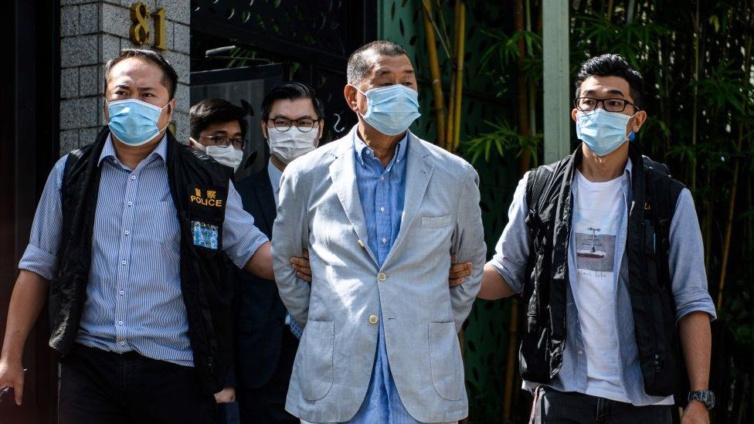 Hong Kong media tycoon and pro-democracy supporter Jimmy Lai has been charged with fraud and detained until a court hearing in April next year.

On Thursday a court denied him bail over a charge relating to the illegal use of his company’s premises.

It comes a day after three prominent pro-democracy activists were jailed.

The cases have raised fears of a renewed crackdown on the city’s activists and media figures, spurred by a controversial new security law.

Mr Lai was arrested under the National Security Law earlier this year and later released on bail.

China has said the new law will return stability to the territory after a year of unrest, but critics say it has silenced dissent.

Mr Lai, 73, was arrested on Wednesday night along with two other senior executives from media company Next Digital.

Mr Lai is the founder of Next Digital which publishes Apple Daily, a well-read tabloid which is frequently critical of Hong Kong and mainland Chinese leadership.

On Thursday, the three men appeared in court to face charges relating to the alleged illegal use of their company’s headquarters for purposes not permitted by its lease.

The charges stated that they had sublet a section of the premises. The landlord is a corporation established by the government to run the city’s industrial parks.

The fraud charge is not being heard under the National Security Law but, according to an Apple Daily report, the judge presiding over the case had been hand-picked by the city’s leader, Carrie Lam, to handle national security cases.

A police statement on the arrests did not name those detained but pointed out that one of them – Jimmy Lai – was still under investigation for violating the National Security Law.

While the two senior executives were granted bail, Mr Lai was denied because he was deemed an “absconding risk”, according to local reports.

DISCLAIMER: The Views, Comments, Opinions, Contributions and Statements made by Readers and Contributors on this platform do not necessarily represent the views or policy of Multimedia Group Limited.
Tags:
Fraud
Hong Kong
Jimmy Lai