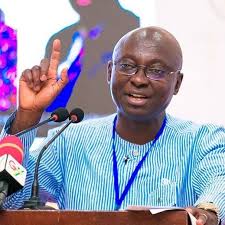 The Works and Housing Minister says his Ministry will take actions against some private developers who failed to relocate workers of the Council of Scientific and Industrial Research (CSIR) before an attempted demolishing.

Samuel Atta Akyea said although they had a good reason for the acquisition of the lease, their actions were unpardonable.

Speaking on Joy FM’s Super Morning Show, he mentioned that the initiative to expand accommodation in the area by private developers is in the best interest of the country.

“If the Lands Commission wants to redevelop a place and give us more structures for the people of Ghana, it beholds the developer to relocate the people who are occupying the place first before they go ahead with the redevelopment,”

“We are going to take on the developer, the one who has the lease,” he stated.

This comes after some men were stopped by CSIR workers from razing down three bungalows of the institution last month.

The men in question were reported to have brought an excavator and a document from the Lands Commission to the CSIR property at Labone in Accra to aid the demolition.

In 2019, CSIR called on government to halt the construction of some 25,000 affordable housing units by the Ministry of Works and Housing, at Pokuase in the Ga West Municipal Assembly.

According to them, the research conducted on the lands aids the socio-economic development of the country.

DISCLAIMER: The Views, Comments, Opinions, Contributions and Statements made by Readers and Contributors on this platform do not necessarily represent the views or policy of Multimedia Group Limited.
Tags:
CSIR
Ministry of Works and Housing
Samuel Atta Akyea