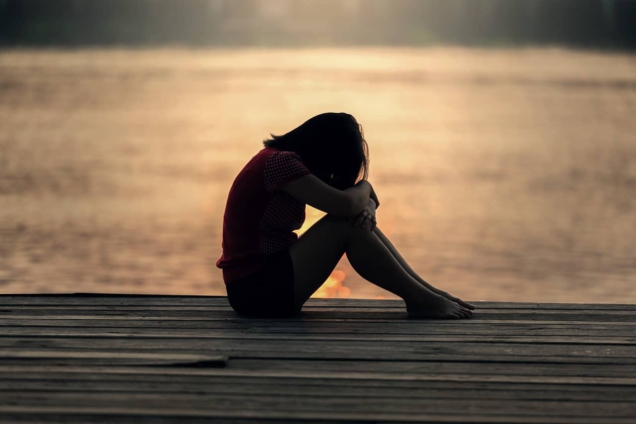 The word ‘borga’ is a local term for middle-aged Ghanaians who return home for Christmas or other festivities.

Another trait of ‘borgas’ is strong-scented colognes, which can cause onlookers to turn their necks. In sum, ‘borgas’ look exceptionally affluent and uniquely colourful in their appearance and outlook.

It is worth noting that, another feature of these men is big cars. ‘Borgas’ normally like to drive in vehicles that are huge on the ground. This adds to their grandiose and wealthy outlook.

At the time Bob was planning his Christmas, he had virtually nothing on him. All he could count was the small amount he had saved from his weekly savings as a roadside mechanic.

As for the tokens he had gathered from his street performances as a rapper, he had spent all on his daily expenses.

Bob’s only fortune for Christmas was the 4,000 cedis he had managed to put aside. “How was he going to have a great Christmas with such an amount?”, he thought to himself.

Lying in a makeshift tent in his mechanic shop, an idea finally popped up! After hours of contemplation, Bob eventually hatched a plan to make the best of the situation.

Dr Antwi’s car had been at his shop for close to two months. All efforts to reach him had proven futile. It was a sparkling black vehicle that had all the markings of wealth.

Bob’s plan was therefore to make use of the ride and flaunt it as his private property. After all, nobody would stop him in the middle of the road and question him about the ownership of the vehicle, he presumed.

Early on 24th December, Frank drove the vehicle to his house after pasting a notice at his workshop about his Christmas break.

In his house, he turned on the speakers of the car in the open, listening to some of his favourite tracks while scrubbing the soles of his sneakers.

Bob’s plan was to step out that night as a ‘borga’ in Dr Antwi’s car and have the time of his life! It was the 24th night; the eve of Christmas.

He had been working all year, and he felt he had to treat himself to some real good time.

Even though the 4,000 cedis was quite a meager amount for his fantasies, he stepped out nonetheless. Arriving at an outdoor partying arena, his eyes were thrilled by a bevy of very pretty young ladies.

The music at the venue was loud, coupled with singing from the excited participants. Food was also on display, amongst a wide variety of drinks.

Quickly, Bob got himself comfortable and grabbed a cup of hard liquor to start with. Leaning by a pole, a young lady approached him with a very warm smile.

Her gestures were very pleasant, and Bob took notice of her dressing immediately. Wearing a bikini with her cleavage visibly exposed, Bob welcomed her pleasantries and the two began a conversation.

Apparently, she was one of the servers at the venue who had been assigned to take orders from guests and ensure their comfort at the venue. Let’s just say a ‘waitress at a party’.

She, therefore, took Bob’s request. Even though he had no immediate craving, he deliberately asked for a bottle of wine, which was brought to him by Cindy, the seductive waitress.

Bob paid for the wine with some fine crispy notes and refused to take the change.

Impressed by the gesture, Cindy promised to return for a much longer conversation. True to her words, she got back to Bob; this time to keep him company.

“Yeah, I just came from Italy and I decided to pass through town”, Bob said by way of introduction.

Noting her excitement, Bob proceeded to feed Cindy with lies about his non-existent Italy experience. All he knew about Italy was from some movies he had watched, yet he persuaded Cindy into believing he is a resident there.

The conversation between the two new friends lasted for a while until it started showering. What started as light showers developed into heavy rains which scattered the charged gathering.

Everybody started seeking shelter and those who had cars ran into them. Bob’s car, therefore, became the convenient haven for himself and Cindy.

It had a pleasant smell and the air conditioner in the car created such a warm ambiance.

One thing led to the other and the two got intimate in the end. Bob’s ‘borga’-like looks wooed Cindy, who felt she had come into contact with a rich young dude.

Now Cindy was a worker at the venue for the party, employed as an attendant.

At work, she felt uneasy and decided to go out to buy some mints. Exiting the door, she saw a car similar to what Bob had brought.

But stepping out of the car was Dr Antwi, her boss. At that point, she became slightly confused; wondering what Dr Antwi was doing in her boyfriend’s car.

“Is everything alright?”, Dr Antwi asked, seeing the disquiet on her face.

“Oh, it’s nothing; I just like your new ride”, she replied in a soft and humbled tone.

“New ride, no dear. It’s actually an old one that has been with the mechanic for some months now. I just decided to go for it today”.

You can imagine Cindy’s look. She was completely distraught! “Bob didn’t own the car? He was just a mechanic??”, she fumed in her head.

The rest is obvious. Her rather painful discovery tore her emotions apart. She had been deceived into giving in to a fake Italian dude.

Sorrow was what engulfed her! And a sad end for that matter.

The moral of this story is for everybody to be careful this Christmas and beyond. Don’t be deceived by an Italian-looking Bob. They’re out there in their numbers!

The author of this fiction is a writer, a corporate MC and JoyNews journalist by name Paa Kwesi Schandorf. You can reach him on (+233) 273141821 or derrick.ayirebi-acuqah@myjoyonline.com.

DISCLAIMER: The Views, Comments, Opinions, Contributions and Statements made by Readers and Contributors on this platform do not necessarily represent the views or policy of Multimedia Group Limited.
Tags:
Borga
Christmas