How common is erectile dysfunction in young men? - MyJoyOnline.com

How common is erectile dysfunction in young men? 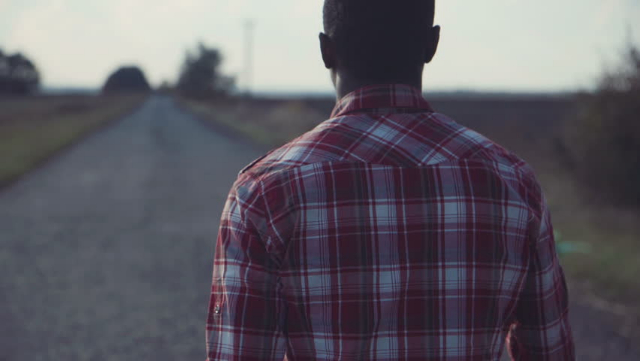 Erectile Dysfunction (ED) can impact men's quality of life, overall well-being, and their intimate relationships. And while ED is typically considered something men may experience later on in life (statistically speaking ED rates do increase with age) a number of "young" men are also reporting problems either obtaining and/or maintaining an erection.

Note: The term "young" is an arbitrary construct. However, the research on ED consistently uses the age 40 as a cut-off point, with men falling below this age being referred to as "young." Consequently, throughout this article, "young men" will be used to refer to men 18-40 years old unless otherwise specified.

How Common is Erectile Dysfunction in Young Men?

Researchers of a study published in the Journal of Sexual Medicine in 2013 tracked the ages of 429 consecutive men who attended a clinic to seek treatment for their erectile difficulties. The authors reported that 1 out of every 4 male patients (25%) who presented with ED was under 40 years old.1 Despite the authors calling this a "worrisome picture" of men's sexual functioning, these rates do not appear to be an anomaly. A more recent meta-analysis of the research conducted on young men with ED found that as many as 30% of men between the ages of 18 and 40 years old reported this concern.2

What Factors Are Related to ED in Young Men?

In many cases, the research suggests that the same factors that contribute to ED in older men may also lead to ED in men under 40. For example, anxiety, depression, and partner-related dynamics (e.g., relationship conflict and dissatisfaction) have been documented to disrupt sexual functioning in young men (often suddenly), while physical or organic symptoms related to hormones, cardiovascular functioning, and metabolism tend to have a more gradual, negative impact on men's erectile functioning regardless of age.2, 3

However, there are also some notable differences between what may lead to ED in younger versus older men. For example, in one study researchers discovered that compared to men over 40, men who were under 40 years old and experiencing ED were more likely to report smoking cigarettes and using illicit drugs.1

This previously described study is not the only study to explore the relationship between what young men consume and how this might be related to their experience of ED.

In an effort to explore possible treatments for ED in younger men (outside of the well-known options like Viagra or Cialis), authors of a 2018 study published in the Journal of Sexual Medicine investigated the impact of food intake on the prevalence of ED. The authors recruited 350 men between the ages of 18 and 40 years old and gave them an International Index of Erectile Function and Food Frequency Questionnaire. Then, the reported food consumption of the control group (i.e., men with no erectile difficulties, N = 264) was compared to men who had ED (N = 86). The results suggested that men with no erectile difficulties reported higher intake of fruit and vegetables, a lower intake of dairy and alcohol, and a "less intense" smoking habit.4

The research on men with ED in general and the research on young men with ED, in particular, is heavily weighted on the medical and physical healthfactors previously described. But a small body of literature is beginning to focus on the psychological components that may be linked to ED.

For example, in a 2015 study published in the Journal of Sexual Medicine, researchers investigated the possible relationship between genital image, sexual anxiety, and ED in 367 male military personnel age 40 or younger. The results suggest that participants with higher levels of "male genital self-image" (i.e., those who had more positive thoughts about their genitals) had lower levels of sexual anxiety which was also related to lower levels of ED.

While the findings may be somewhat intuitive, this study suggests that focusing on men's perceptions of their genitals and how men manage their sexual anxiety around their sexual performance could be a helpful component in reducing the impact of ED for some men.5

We Still Don't Know That Much About Young Men With ED

Although men over 40 are more likely to experience ED than "younger men," men under 40 are still reporting erectile difficulties at fairly high rates. However, because there is less known (and consequently, less discussed) about ED in this population, men under 40 may experience higher levels of worry, stress, and shame when they experience erectile difficulties. Due to our limited understanding of causes and treatments for young men with ED, many of the researchers of the previously described studies indicated that doctors may not take symptoms as seriously in younger men nor be offering appropriate treatments. Increased research that focuses on the unique factors related to young men's experiences of ED, including the role of psychological and relational factors, would be of value.