How many bananas are enough? 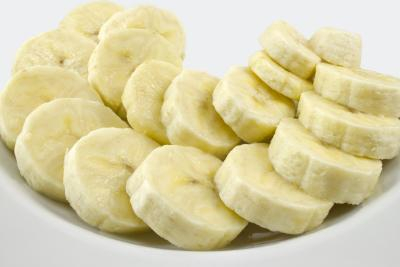 Did you know that bananas are one of the most widely consumed fruits in the world? According to the Food and Agriculture Organization of the UN (FAO), there are almost 1000 different varieties of bananas.

They are known to be extremely healthy, delicious and can be eaten raw or cooked, or mixed with other fruits and vegetables. Many studies have shown that bananas contain several nutrients such as potassium, sodium and magnesium, and provide benefits for digestion such as heart health and weight loss.

Bananas are also a good way to getting yourself rehydrated as they’re 75% water. They are also known to help moderate blood sugar levels after meals and reduce appetite by slowing stomach emptying. Depending on ripeness, bananas harbor high amount of resistant starch that keeps one full.

Today, bananas are grown in at least 107 countries and are ranked fourth among the world’s food crops in monetary value. With the world consuming so many bananas, it’s not surprising that people are asking how many bananas should be eaten per day?

We should bear in mind that bananas are a healthy addition to almost any diet, but too much of any single food including bananas could do more harm than good. Eating too many bananas may have detrimental health effects, such as weight gain, poor blood sugar control and nutrient deficiencies.

The body is a complex system that requires many types of nutrient to function properly. A way to ensure the body is getting everything it needs is to eat an assortment of foods from each food group. There is no specific number of bananas that are considered too many for consumption. It really depends on the calorie and nutrient needs. One to three bananas per day would likely be considered a moderate intake for most healthy people.

Practicing moderation is the best way to reap the most benefits from bananas. People living with diabetes shouldn’t have too much of a problem if bananas are consumed moderately.

Remember one to three bananas per day is likely alright for most healthy people. Make sure your diet is balanced by also including other foods that provide the nutrients that bananas lack.