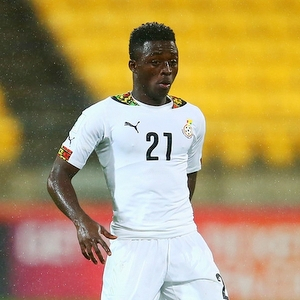 Ghana youth defender Patrick Asmah is set to join Italian Serie A side Atalanta after agreeing a 4 year deal with the club.

Asmah joins a whole host of players to have deported the shores of the country in search of greener pastures.

However, the BA United left back joins a select few to move directly from Ghana to a top European league over the last few seasons.

Chelsea full back Baba Rahman was the last to move from Kotoko to Greuther Fürth, who were 0in the Bundesliga at that time.

The norm has seen Ghanaian players roam through Scandinavian or other African countries before making the giant step to the major European leagues.

For Asmah, his agent Oliver Arthur believes his outstanding display at the FIFA under 20 World Cup stood him in good standing for the deal.

“Asmah is moving directly from Ghana to Atalanta. If the player is a young player who has prospects and is possible to develop, it is possible to get him to mainstream Europe,” Oliver told Joy Sports

“Asmah is in Ghana now, he never came for trials in Italy but based on his performance at the under 20 World Cup, I was able to convince Atalanta to give him a contract to get him into Europe.”

“I’m sure Asmah something big in the future.”

Asmah was also a member of Ghana’s under 23 team that had an abysmal showing at the All African Games in Congo-Brazzaville.