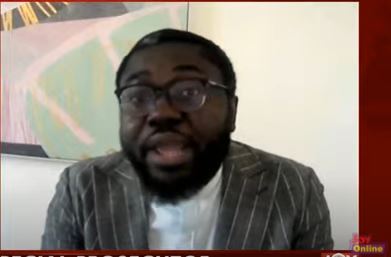 Convenor for the #FixTheCountry campaign, Oliver Barker-Vormawor, has bemoaned the inherent imbalance in the pay structure of public sector workers in the country.

Speaking on JoyNews’ The Law on Sunday, October 17, 2021, he lamented the huge salary gap between civil servants and Article 71 office holders such as Members of Parliament and Ministers of state.

“It just feels inherently unfair for all of us to contribute certain things to making the democracy work and then for some to go home on so little,” he said.

Mr Barker-Vormawor, who has been an active voice championing the review of the 1992 Constitution, was contributing to discussions on the need to review the constitution. His comments follow moves by the Minority in Parliament to get the supreme law of the land reviewed.

The #FixTheCountry campaigner said it has become necessary for the Constitution to be reviewed owing to challenges like the pay differentials between civil servants and political office holders and others that need to be addressed urgently.

He noted that in other jurisdictions, the difference in salary for the two classes of public sector workers is minimal.

He also touched on the disparity in retirement conditions for the two classes of workers.

“This has been a bigger question not only in terms of what people receive monthly but also when they have served their duty to the state, what happens to them and this brings to the perspective the whole article 71 structure that a lot of people have talked about,” he said.

Oliver Barker-Vormawor opined that setting up of committees to review the salaries of the Executive and the Legislature has proved futile in resolving the challenge since it only solves the problem of these two arms of government.

“That unfairness is not cured by the fact that we continue to put in a new committee every time to look again at what we pay the Executive and what we pay Parliament and then we ask them to approve it for each other which is like a scratch my back I scratch your back thing that exists,” he said.

“These are again questions of equity within work and pay that help our democracy run and that’s some of the things that we need to deal with because people are so unhappy about it,” he added.