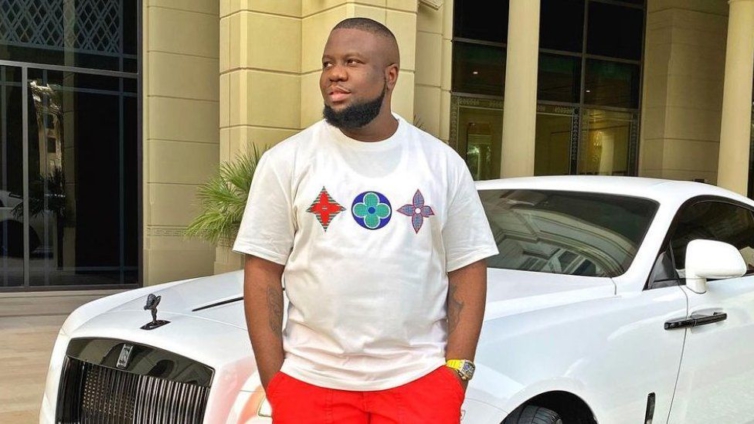 Ramon Abbas – known to his 2.5 million Instagram followers as Hushpuppi – is considered by the FBI to be one of the world’s most high-profile fraudsters and faces a prison sentence of up to 20 years in the US after pleading guilty to money laundering.

The BBC has used newly available court documents to uncover the man behind cyber heists that have cost his victims millions, from his humble beginnings as a “Yahoo Boy” hustler in Nigeria to a so-called “Billionaire Gucci Master” living a life of luxury in Dubai before his arrest last year.

The 37-year-old began his career in Oworonshoki, a poor coastal area in the northeast of Lagos, Nigeria’s commercial capital.

Local driver Seye told the BBC that he remembered Abbas as a young boy working alongside his mother in the Olojojo market. His father was a taxi driver.

As he grew older, Seye says, Abbas liked to splash his cash: “He was generous. He used to buy beer for everyone around.”

But everyone knew the source of his mysterious wealth – cybercrime; he was a “Yahoo”, Seye says.

“Yahoo Boys” are romance scammers who took their name from the first free email available in Nigeria.

“They came up with the idea of stealing identities. And then with that identity theft, they went into dating [scams],” explains Dr Adedeji Oyenuga, a cybercrime expert at Lagos State University.

Once a relationship is established via a false identity, romance scammers wheedle money from their online lovers.

Like many Yahoo Boys, Abbas broadened his criminal horizons. Many went to Malaysia – and Abbas followed them, ending up in Kuala Lumpur around 2014, then Dubai in 2017.

This is when his Instagram posts – and crimes – went to another level.

In February 2019, he attempted to launder 13m euros (£11m; $15m) stolen by a gang of North Korean hackers from the Maltese Bank of Valletta.

Abigail Mamo, chief executive of the Maltese chamber of small and medium enterprises, says the heist plunged the holiday island into “chaos”.

Shopping trolleys filled with goods were abandoned at checkouts as payment systems shut down.

“We received calls from our members telling us they were sending money using Bank of Valletta’s platform to their foreign suppliers,” says Ms Mamo.

“Their foreign suppliers did not receive the money… We’re talking about thousands of euros.”

The bank said it managed to recover 10m euros.

“Damn,” Abbas said in a text to a fellow scammer at the time in messages obtained by the FBI.

The reply shows the next heist was being planned: “Next one is in few weeks; will let you know when it’s ready. Too bad they caught on, or it would have been a nice pay out.”

In May 2019, Abbas was tasked with setting up a bank account in Mexico.

It was to receive £100m from a Premier League Football Club, and £200m from a UK firm. Neither are named in the court documents.

The scams were to be carried out via Business Email Compromise (BEC).

Terrifyingly simple, BEC works by intercepting payments via fake emails that appear to come from an address that is almost exactly the same as the supplier’s. Only a single letter or number will be different.

In that email the scammers – posing as a supplier awaiting payment – typically say they’ve switched banks, so the payment will need to be wired to a different account; the details for which they will provide.

The accounts clerk is fooled into thinking it is a legitimate request from the supplier – and, with a single click of a mouse, vast sums of money are lost.

But the Premiership scam fell apart when the UK banks refused to pay into the Mexican account. “Brother I can’t send from UK to Mexico,” Abbas’s sidekick messaged him. “They keep finding out.”

None of the Premiership clubs would confirm whether or not they were the intended victim.

Jon Shilland, fraud lead with the UK’s National Crime Agency, says it can be difficult tracking down criminal networks based in multiple jurisdictions.

A fact known all too well by Dubai-based lawyer Barney Almazar.

He represents around 25 people – including eight UK citizens – in the United Arab Emirates (UAE), all of whom believe they are victims of one of Hushpuppi’s BEC scams.

“We cannot say with 100% certainty that Hushpuppi is behind it,” Mr Almazar says.

“But if you look at the bank accounts that police have traced, they all belong to the records obtained by the police in their raids [on Hushpuppi’s home in Dubai].”

One UK victim, who wanted to remain anonymous, says he lost £500,000, has been forced to leave the UAE – and is himself facing criminal proceedings in Dubai because of the debt he has incurred as a result of the fraud.

“His clients understand that he was victimised,” Mr Almazar explains.

“But they also have to cover their losses, so right now he doesn’t know how he can get back to the UAE. He has spent his life in the UAE. His family are still in the UAE. He fears that he might get apprehended at immigration immediately.”

“The scam was very sophisticated. Professionals were victimised. Some are hesitant to admit what has happened.”

Abbas’s final big scam before his arrest in Dubai in June 2020 was straight-up identity theft, borrowed from the Yahoo Boy romance scams of his youth.

He assumed the identity of a New York banker to entrap his victim, a Qatari businessperson seeking a $15m loan to build a new school in the Gulf state.

Between December 2019 and February 2020, Abbas and a gang of alleged middlemen in Kenya, Nigeria and the US groomed and conned the victim out of more than a million dollars.

Some of it was laundered via the purchase of a watch worth a staggering $230,000.

But soon, the cracks between the gang started to show.

One member threatened to blow the whole scam wide open as he was unhappy about the money he was getting.

Abbas was determined to shut him up.

He texted his contact – Nigerian police officer Abba Kyari – saying: “I want him to go through serious beating of his life.

“I want to spend money to send this boy to jail, let him go for a very long time.”

It is alleged that Mr Kyari then falsely arrested and detained the middleman for a month in a squalid Nigerian cell.

And now Mr Kyari too is wanted in the US on charges of fraud, money laundering and identity theft. He has previously denied having any criminal involvement with Abbas – and has not responded to the BBC’s requests for comment.

BEC fraud is a huge issue across the world. According to the FBI, in 2020 BEC fraud resulted in losses of $1.8bn.

Court documents allege Abbas’s crimes cost victims almost $24m in total. But some believe the actual total could be much higher.

On Instagram, he dropped the “Billionaire Gucci Master” moniker for “Real Estate Developer” about eight months before his arrest and subsequent transfer to the US to stand trial.

Despite him pleading guilty in April to money laundering, Hushpuppi’s social media is still live and attracting followers.

We contacted Instagram to ask why his account was still open. The social media platform told the BBC that it had carried out an investigation into his account – but had decided not to close it.

Just days after we put the same question to Snapchat, which deleted Hushpuppi’s account.

Dr Oyenuga says Hushpuppi’s influence endures as he is still regarded as a role model: “We’re in a country where a lot of young people are suffering. They see another young person who was once like them become that great.

“I have seen parents who have taken their children to learn how to become Yahoo Boys.”

Seye says everyone knows Hushpuppi has committed a crime, but it is understandable: “No-one prays to be poor. So when you see someone who is rich, you will pray to God to give you his kind of wealth.”

DISCLAIMER: The Views, Comments, Opinions, Contributions and Statements made by Readers and Contributors on this platform do not necessarily represent the views or policy of Multimedia Group Limited.
Tags:
Cybercrime
Dubai
Fraud
Government of Dubai Media Office
Hushpuppi
Nigeria