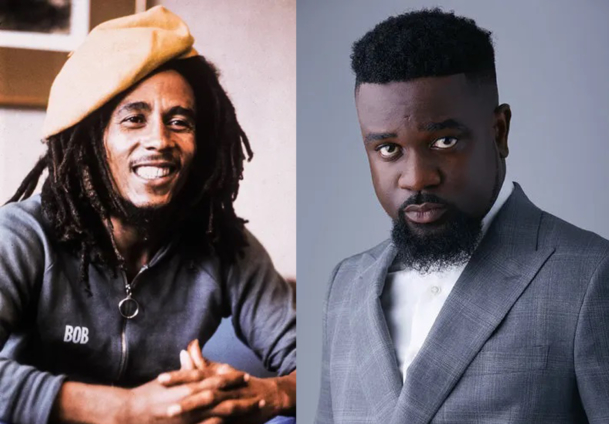 Rapper Sarkodie has revealed that he nearly passed on the opportunity to work on Bob Marley’s classic, ‘Stir It Up’ remake.

The song was released on Friday, January 20, 2023, on all streaming media platforms.

In a conversation on the popular +44 Podcast, the Ghanaian artiste said that he felt he was not worthy to have his vocals on the same track as the legendary Reggae icon’s.

New track ‘Stir It Up’ out at midnight. Pre-save before it drops!

“When I had the email, I almost passed it on and not just out of respect, I felt that I was not worthy to lay my vocals next to the legend. I was really hard on myself,” he told Sideman, host of the podcast.

He explained that it was when he was given the original track Bob Marley recorded while in the studio did he start to think and envision what he could do.

“When I was listening to it (Bob Marley’s vocals) it was a very spiritual moment,” the ‘Non Living Thing’ hitmaker said.

Sarkodie said he wrote four verses for the Stir It Up remake in hopes to choose the right one that deserves to be on the same song as Bob Marley.

He explained that he was cautious with everything he wanted to say to ensure he did not disrespect the legendary musician in any way and live up to him.

“It felt like being with him in the booth. There are few people I feel like that when I worked with them. Obrafour, the man who inspired me to rap. He has never cursed, he has never used profanity and he was catering to the youth,” he said.

He noted that “I tried it but the new generation is hard to keep it too censored, you want to say the stuff you feel.

“But that is what I respect about Obrafour, so every time I am about to work with him, I sit down to sieve every line. That is the same feeling I have with Bob Marley.”

DISCLAIMER: The Views, Comments, Opinions, Contributions and Statements made by Readers and Contributors on this platform do not necessarily represent the views or policy of Multimedia Group Limited.
Tags:
Bob Marley
Sarkodie
Stir it Up