'I am confident we will qualify from the group' - Andre Ayew assures Ghanaians - MyJoyOnline.com 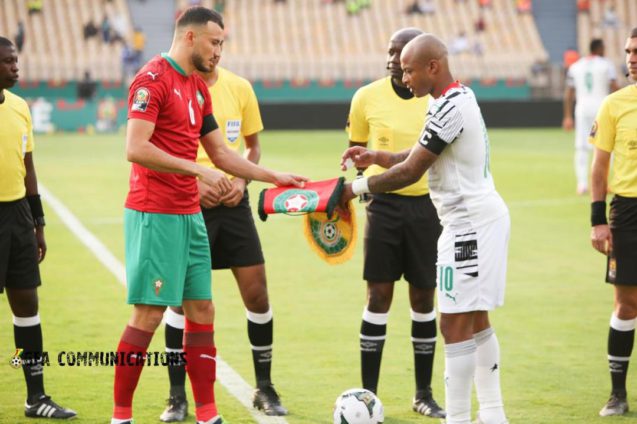 Captain of the Black Stars, Andre Ayew has assured Ghanaians that the team will sail through the group stages of the 2021 Africa Cup of Nations after a disappointing loss in their first game of the tournament.

Ghana fails to impress in their first outing as they were beaten by Morocco with a 1-0 scoreline courtesy of an 83rd-minute striker from Sofiane Boufal to give the Atlas Lions all three points.

While admitting the results wasn’t the best for the team, the skipper of the side also stressed that he is confident Ghana will make it past the group stages of the competition.

“It is a disappointing way to lose a game and concede a goal in the last five minutes but it is the first game. We need to look at our mistakes and do much more,” Ayew said after the game.

We have two matches left and I am confident that we will qualify from the group. We believe in ourselves and we believe in what we can do.”

“He is a great talent and he has great quality and I believe he will help us a lot in the tournament,” he added.

The Al-Sadd forward revealed he had to turn up for his teammates despite not feeling too well ahead of Group C’s opener.

“I’ve not been feeling well for the past two days, but I wanted to play. My colleagues wanted me on the field so I did everything to be there.