I am disappointed – King Promise on taking home zero awards at VGMA23 - MyJoyOnline.com 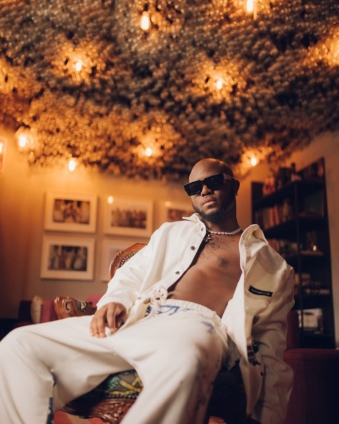 Renowned Ghanaian Afrobeats singer, King Promise has expressed his disappointment for not winning an award at the just ended Vodafone Ghana Music Awards.

Many people expected King Promise to have a lot of the awards going his way on the day based on his works under the year in review but the day ended and the singer had nothing in his coffers to walk home with.

On the heels of this, the “Sisa” hitmaker is saddened by his failure to secure an award for his works.

Speaking on the matter, he expressed how disheartened he is, but has decided not to blame anyone. He has chosen to channel his energy into working harder moving forward.

“I just performed on the stage and went home with zero. If there was a problem I wouldn’t be on the stage. Growing up this was one stage that I prayed that I will one day blow and be on it. That one is still in my heart. For someone who was upcoming not long ago to be doing my thing on the stage and killing to have everyone in the country watching, this was always my dream growing up so I’m not going to sit here and act like I don’t care I just don’t speak about it,” he said.