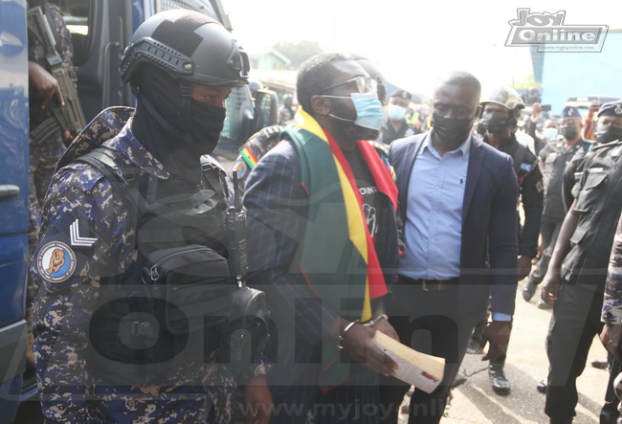 He told the Tema High Court he is rather concerned about whether the state will follow through with the case against him.

The Cambridge PhD student made these comments when the Tema High Court presided over by Justice Daniel Mensah adjourned a case involving him to Wednesday, March 16 to deliver a ruling.

This is a ruling on a bail application filed by the youth activist.

He has through his lawyers assured the court he will show up to stand trial when needed despite the severity of the offence of Treason Felony levelled against him.

His lead Counsel, Akoto Ampaw told the court the case against his client is preposterous and not supported by any evidence. He insisted the constitution guarantees his client liberty and a right to be presumed innocent.

The court he argued has the discretion to grant bail in all matters and this discretion he pleaded should be exercised favorably since his client will cooperate with investigations. He described as untrue claims by state prosecutors that his client has no fixed place of abode.

“He has led them to three locations. They have conducted searches there”, Mr Ampaw said.

He further told the court he had opted for an independent process to unlock his phone for officers because of the risk of evidence being planted against him.

Senior State Attorney Hilda Craig rebutted the claims. She described the youth activist as a lodger who lives with his friends when in the country and, therefore, has no fixed place of abode. She told the court the state cannot trust him to show up if he’s granted bail. She dismissed claims that the case against the youth activist is not supported by evidence.

He asked how Mr Barker-Vormawor was doing eliciting the following response; “I am in good health. I am prepared to stand trial. I do hope they take me to trial”.

DISCLAIMER: The Views, Comments, Opinions, Contributions and Statements made by Readers and Contributors on this platform do not necessarily represent the views or policy of Multimedia Group Limited.
Tags:
#FixTheCountry Movement
Alleged Coup Attempt
Attorney-General
Oliver Barker-Vormawor
Tema High Court