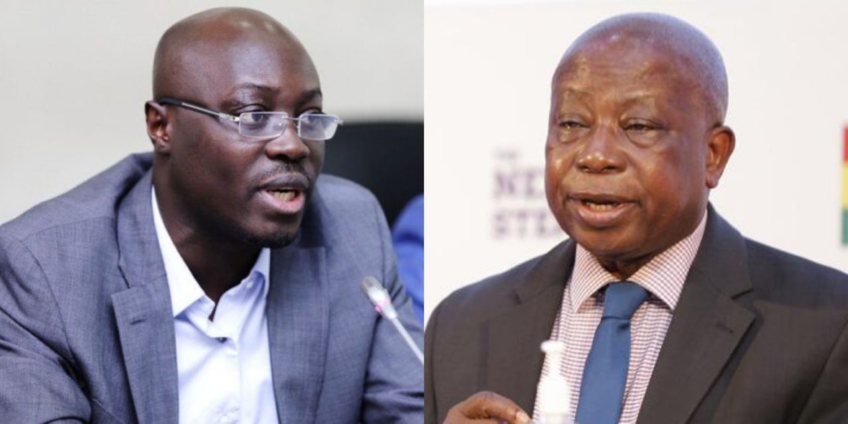 Health Minister, Kwaku Agyemang Manu says he is not aware that his Ministry under the NDC administration approved payments made to ambulance supplier, Big Sea General Trading Limited.

Mr Manu also says he is equally unaware that the Controller and Accountant-General asked the Bank of Ghana to issue Letters of Credit which formed the basis of the payments.

The Minister is the fourth of the Attorney-General’s five witnesses in the prosecution of former Deputy Finance Minister, Dr Cassiel Ato Forson and two others accused of causing a 2.3 million euros loss to the state in the purchase of ambulances.

Lawyers for Dr Forson on Tuesday, August 30 challenged the testimony of the Health Minister.

The Minister is on record to have told the Court that Dr Forson played a key role in processes leading to advance payment for the ambulances contrary to the clear terms of the contract for payment to be made upon delivery.

The vehicles received eventually were said to have been defective, a situation the State believes would not have happened if the terms of the contract were followed.

But Dr Forson’s lawyers disagree. Lead counsel, Dr Abdul Aziz Bamba confronted the Minister with a document authored by a Deputy Controller and Accountant General asking the Bank of Ghana to issue the letters of credit. The Health Minister replied that the said letter referenced the letter written by Dr. Forson.

Dr. Bamba then asserted that the Health Ministry approved the payments.

Dr- Bamba- “I suggest to you that, payments under the Letters of Credit were made upon the requisite documents being presented to the paying bank.”

Health Minister- “I am not aware of any documents that have been submitted.

Dr. Bamba- “The Ministry of Health was aware of the submission of these documents

Health Minister -“I said earlier that through my search, I have never sighted any correspondence that indicates so.”

Dr. Bamba -“There is evidence before this court showing that the Ministry of Health approved all payments.”

Health Minister -“I am not aware of that. “

Justice Afi Asare Botwe -“it’s up to you Dr. Bamba to decide how you intend to paddle your boat.”

DISCLAIMER: The Views, Comments, Opinions, Contributions and Statements made by Readers and Contributors on this platform do not necessarily represent the views or policy of Multimedia Group Limited.
Tags:
Ambulances
Cassiel Ato Forson
Health Ministry
Kwaku Agyemang Manu