I am not engaged in ‘galamsey’ – Mireku Duker 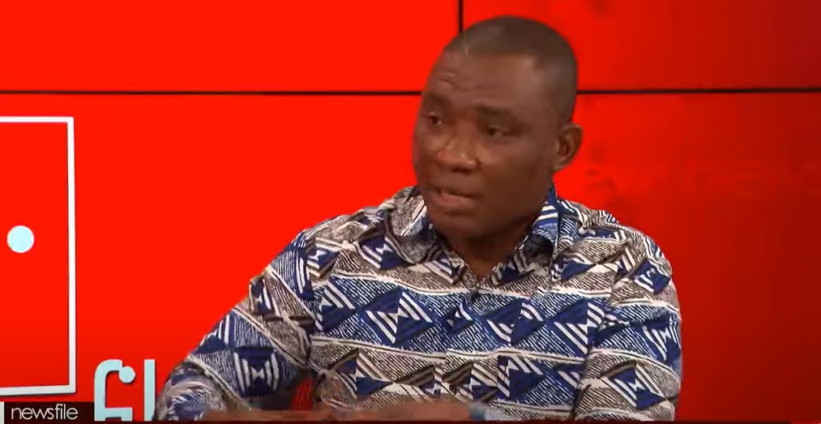 Member of Parliament for Tarkwa-Nsuaem, George Mireku Duker has dismissed claims that he is involved in ‘galamsey’ activities.

The allegation was made by the Chief of Dompim-Pepesa in the Tarkwa Municipality, Nana Nyowah Panyin IV.

The Chief in an interview on the Joy FM Super Morning Show, Monday, alleged that Mr. Duker, the MCE, Benjamin Kesse together with the Western Regional Minister are behind ‘galamsey’ activities in the area.

Nana Nyonwah Panyin IV told Host, Kojo Yankson that he has incontrovertible evidence of their involvement in the activity.

In reaction, Mr. Duker stressed that the allegation is aimed at distracting him from his duties as MP and Deputy Minister of Lands and Natural Resources.

“You cannot just speculate if you know a concession owned by Mireku Duker everybody will testify, the community will testify…You know it is also a strategy to in a way distort your assignment, your focus and all that,” he said.

The MP also noted that he has no knowledge of any mining firm engaging in illegal activity in the area.

According to the MP, Nana Nyowah Panyin IV, who is a distant nephew of his, is aggrieved that he (Mireku Duker) did not support his bid to become a chief.

The reason, he said has caused the Chief to spread lies against him and the other accused persons.

“I have told you the background of the one making the allegation. He was the one who led the Independent candidate campaign in 2020 elections…he is my distant niece (sic) and he feels I did not support him in becoming a chief of my community and he is gone against me ever since,” the MP added.

Mr. Mireku Duker urged the public to disregard such accusations as they are untrue.

The Deputy Lands and Natural Resource Minister noted that he will further engage his lawyers for the Chief to be summoned to show proof of his involvement in galamsey.

The MCE for Tarkwa-Nsuaem Municipal Assembly, Benjamin Kesse who was also accused by the Chief for engaging in ‘galamsey’ has denied the allegation.

He said the accusations smack of malice.

“It is not true. Whatever he said is a lie, total lie…There is an issue here in Dompim and it is purely chieftaincy and he knows that we do not support his bid so he started this long ago about three years ago and he has been running around.

“Today, he knows that the President is very much particular about the fight against ‘galamsey’ so he feels that he is taking the opportunity to make this wild allegation so that he will get a hearing for what he is saying so that the President will call somebody and disappoint the person. I have documentation to the effect that he wrote to the President not to appoint me. He has done everything,” he told Emefa Apawu on the Midday News.

DISCLAIMER: The Views, Comments, Opinions, Contributions and Statements made by Readers and Contributors on this platform do not necessarily represent the views or policy of Multimedia Group Limited.
Tags:
Galamsey
George Mireku Duker
Nana Nyowah Panyin IV